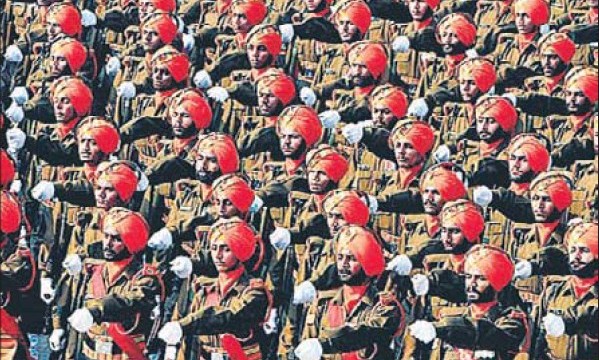 New Delhi: The army’s Sikh Light Infantry has been awarded the best marching contingent among the three Services at the Republic Day parade this year. The CRPF contingent bagged the honours in the paramilitary and auxiliary forces category.

Of the 18 tableaux, including five from union ministries and departments, the West Bengal tableau, which depicted the Purulia Chhau dance, bagged the top award.

“Tamil Nadu’s tableau on Pongal festival was adjudged second, while the third position was bagged by the Assam tableau based on the contribution of le gendary folk singer, composer and writer Bhupen Hazarika to Assam’s folk culture,” the release added.

A consolation prize was awarded to Govt Sarvodaya Kanya Vidyalaya, Hastsal, New Delhi, for their beautiful portrayal of traditional folk dance of Chhattisgarh.