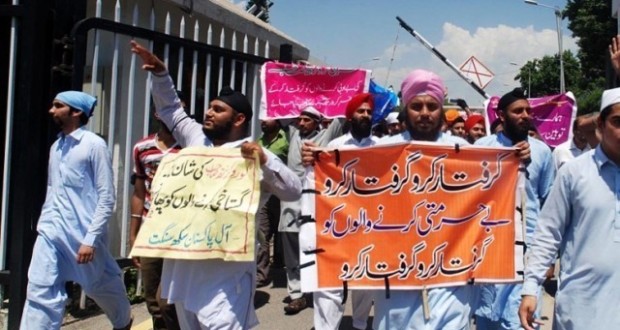 Another Sikh gunned down Pakistan

Comments Off on Another Sikh gunned down Pakistan 502 Views

Peshawara, Pak: Sikh shopkeeper was shot dead in Peshawar on Saturday – the third such attack against the community in a month.

Twenty-five-year-old Harjeet Singh was shot dead in Nothia, Peshawar within the limits of Gulberg police station.

Harjeet Singh was taken to Lady Reading Hospital where he succumbed to his injuries, said police official Ijaz Khan.

Ijaz said the attack was targeted.

On August 6, a Sikh teenager was killed in a similar incident, injuring two. Hundreds of Sikh residents of Peshawar protested in response, burning tyres and blocking roads.

In another incident on September 4, just two days ago, another member of the Sikh community was stabbed in his shop in Mardan.