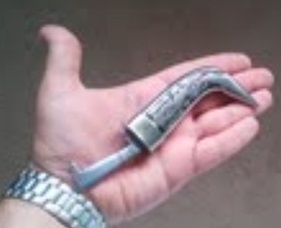 Washington, USA: An American-Sikh man has been denied permission to carry a kirpan or ceremonial dagger while serving on a jury by a California court.

Gursant Singh, who converted to Sikhism over three decades ago, says he will still go to court for the jury duty next week with community leaders, asking for a chance to serve with his kirpan which is carried as an article of faith by baptised Sikhs.

“I feel very strongly that as a citizen of the United States that I should be able to serve as a juror,” Singh told local CBS news.

“They’ve put me in a position. Either I violate my code of conduct with my religion, or I break the law,” he added.

However, the court justified its stand on not allowing Singh to serve on the jury duty with a kirpan in the court room.

“It’s important that we provide a safe environment for people’s issues to be heard,” Sutter County jury commissioner Mary Beth Todd told the news channel, adding that they are trying to provide alternate options to Singh.

One idea is what some Sikhs have done in other counties, including storing the kirpan with security, she noted.

In a statement, North American Punjabi Association (NAPA) urged all government agencies to respect the law of the land and not violate the law in the name of security.