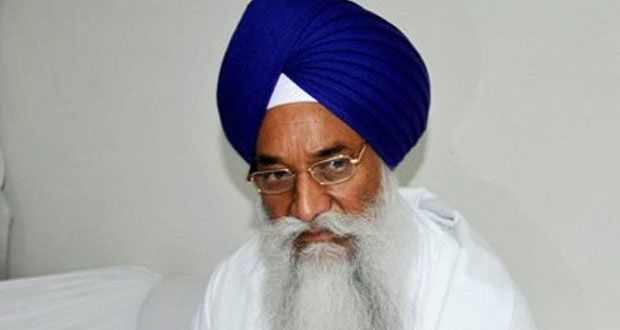 Comments Off on Akal Takht, SGPC pass the buck on calendar row 722 Views

Amritsar, Punjab: Though the SGPC and Akal Takht today said in unison that the confusion caused by Nanakshahi calendar row should end, they appeared to be passing the buck on initiating corrective measures. However, both of them didn’t rule out the possibility of further amendments to the Nanakshahi calendar.

Akal Takht Jathedar Giani Gurbachan Singh said, “We would certainly like this confusion to end so that we don’t have to change Gurpurb dates in future. We have also kept a provision for making further amendments.”

He, however, said they had received no suggestions till now. He also made it clear that the two-member panel comprising SGPC president Avtar Singh Makkar and Damdami Taksal chief Baba Harnam Singh Khalsa, which was constituted for making amendments to the calendar a few years ago, would have to take the initiative, if any changes were to be made.

Makkar threw the ball in Akal Takht’s court saying “whatever Akal Takht decides on the issue will be acceptable to us. We have always acknowledged the supremacy of Akal Takht.”

On the other hand, the newly constituted team of the Pakistan Sikh Gurdwara Parbandhak Committee (PSGPC) is contemplating to hold a “World Sikh Convention” at Nankana Sahib to deliberate on the issue.

Talking to The Tribune on the phone from Pakistan, PSGPC member Gopal Singh said they were to hold the convention alongside Guru Nanak Jayanti celebrations early this month, but could not do so because some key Sikh leaders from Indian and Germany could not reach Pakistan due to visa issues. He said they would soon announce a fresh date for the convention.

The Sikh leaders in Pakistan plan to extend an invitation to the Jathedars of all five Takhts, besides key Sikh organisations like the SGPC and the DSGMC for the convention. Former PSGPC president Bishen Singh said, “We may be having our differences with the SGPC over the calendar issue, but we would welcome them to air their views. We will also be sending invites to Sikh leaders in countries like the USA, the UK, Canada and even Afghanistan. We wish to bridge the divide in the community and work for the unity of Sikhs across the globe.”

The PSGPC follows the original Nanakshahi calendar, while the SGPC follows its amended version.

In the past, the SGPC and the PSGPC had been at loggerheads over the Nanakshahi calendar row.

Giani Gurbachan Singh, Akal takht jathedar”We will like this confusion to end so that we don’t have to change Gurpurb dates in future. We have also kept a provision for making further amendments.”