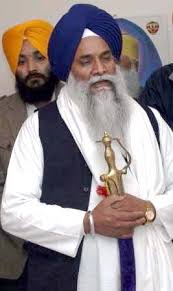 Amritsar, Punjab: Intensifying their campaign against promotion of tobacco products, a delegation of various NGOs urged Giani Gurbachan Singh, jathedar, Akal Takht, to press the Punjab government for imposing total ban on the sale and purchase of tobacco products in Punjab.

The delegation – comprising representatives of Voice of Tobacco Victims, Mission Aagaaz, Bhai Kanhayia Ji Mission Society along with Giani Kewal Singh, and former jathedar Takht Sri Damdama Sahib – urged the jathedar to ask the government to rollback the reduced VAT on tobacco products. Their demands before the Akal Takht jathedar included rollback of VAT on cigarettes, hike in VAT on all tobacco products, including ‘bidi’ and smokeless tobacco to 100%; strict implementation of the ban on ‘gutka’ and imposition of a ban on flavoured tobacco in the state.

Prahlad Duggal, a patron, Voice of Tobacco Victims, said the jathedar was urged to call a meeting of all NGOs at the Akal Takht and issue a ‘hukamnama’ that all political parties in Punjab, including SAD (Badal) and the Shiromani Gurud war a Prabandhak Committee (SGPC), should take a pledge to fight against the menace of tobacco so as to make Punjab tobacco-free.