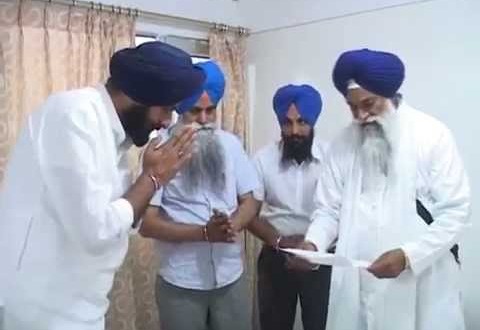 Comments Off on Akal Takht jathedar should focus on drug menace: Bajwa 592 Views

Baba Bakala, Punjab: Even as CM Parkash Singh Badal sought to be the representative of all Sikhs at the SAD rally, the Congress took counter shots at the Punjab chief minister and his party. The Congress also had organised a political conference on the occasion of the Rakhar Punia mela, which is the most important religious fair in the Majha reagion.

Punjab Pradesh Congress Committee (PPCC) president Partap Singh Bajwa, who was the main speaker at the rally, said that as the matter of HSGMC was now sub judice, he would prefer not to comment. But he then chose to comment on the role of the Akal Takht, underlining his “highest respect” for the institution.

He advised Akal Takht jathedar Giani Gurbachan Singh that “instead of meddling in HSGMC’s affairs, he should focus on the drug menace in Punjab”. He alleged that drugs and liquor was freely being distributed in Patiala and Talwandi Sabo to woo voters ahead of the August 21 assembly bypolls.

“The jathedar should summon Badal and his son (deputy CM Sukhbir Singh Badal) and pass an order for them to fight the drug menace in a sincere manner and not make half-hearted attempts. This problem needs to be nipped in the bud, and that can happen only if smugglers are not provided political patronage,” added Bajwa.