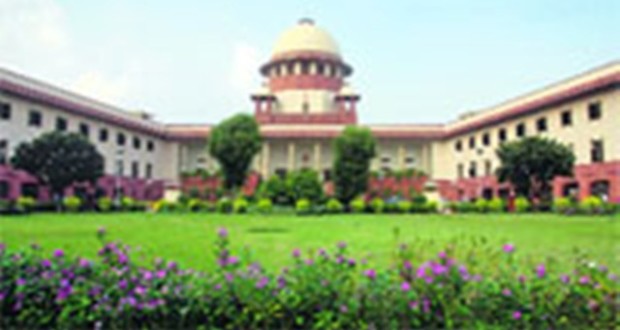 New Delhi: The Supreme Court on Wednesday re-affirmed its January 21 verdict, granting life to 15 death-row convicts on account of their mental illness or the undue and unexplained delay in rejection of their mercy petitions.

Among the 15 beneficiaries were slain sandalwood smuggler Veerappan’s four gang members who killed 22 policemen in 1993. Based on its verdict, the apex court had commuted the death sentence to former Prime Minister Rajiv Gandhi’s killers Santhan, Murugan and Perarivalan.

Subsequently, it also decided to hear the plea of another death-row convict Devender Pal Singh Bhullar seeking similar relief. Bhullar was convicted for his role in a bomb blast in Delhi that killed nine persons in 1993.

To check the trend of death-row convicts taking advantage of the January 21 verdict, the Central Government had filed a batch of petitions on March 1 seeking its review and reversal. Citing a Constitution Bench judgment, the Centre had contended terrorists did not deserve leniency on account of the delay in the rejection of their mercy petitions. The delay offered a ray of hope, not compounded their agony as concluded by the SC, the government had pleaded.

The Bench also rejected the government’s plea that the review petitions be heard in the open court instead of the normal practice of disposing such pleas in judges’ chambers without hearing.

In the January 21 verdict, the three-member Bench had found fault with a two-judge Bench ruling on April 12, 2013, that terrorists such as Bhullar had no right to plead for commutation of the death sentence awarded to them for any reason whatsoever.

Since death sentence was based on the principle of “rarest of rare cases,” there should not be further classification to single out terrorists to deny the benefit of commutation, the SC had ruled in the latest verdict.

Bhullar was found guilty of the car bombing that killed nine persons and injured 17 others in Delhi in 1993. One of the main targets of the attack was MS Bitta, then a prominent politician of the Youth Congress and critic of militancy. He was seriously injured, but survived the blast.

The Supreme Court ruling on commutation had come on petitions filed by 15 death row convicts citing delays in some cases and mental status in others. The court reduced the sentence to life term for all of them.

In doing so, the three-member Bench had specifically gone into Bhullar’s case and held that the 2013 verdict was bad in law as it had created a distinction between terrorists and other death row convicts.

* All those sentenced to death were on the same footing as the criterion for awarding capital punishment was the same in all such cases — rarest of the rare — it had explained.

* What is pending in the court is Bhullar’s curative plea for removing the defects in the judgment, the final legal remedy for getting the death penalty reversed.