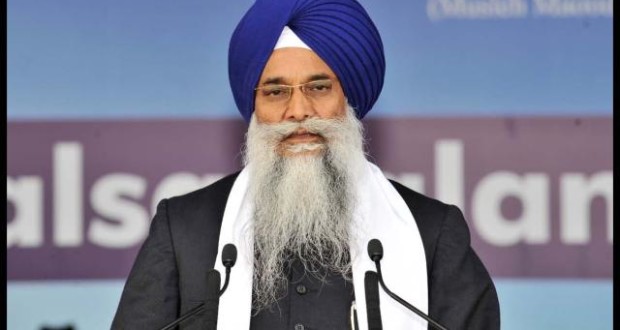 Amritsar, Punjab: With Haryana Sikh leaders adamant on breaking away from the Shiromani Gurdwara Parbandhak Committee (SGPC) and forming a separate committee to manage gurdwaras in their state, the Akal Takht on Friday issued an emotional appeal to Haryana’s Sikhs, urging them “not to become partners in this fratricidal feud of anti-Panthic forces to create a wedge in the community.”

The appeal was issued by Akal Takht jathedar Giani Gurbachan Singh after SGPC general secretary Sukhdev Singh Bhaur handed over the report on the talks held by the 10-member Takht delegation with Haryana Sikh leaders at Kurukshetra on Thursday. The report mentioned Haryana Sikh leaders’ rejection of the Akal Takht proposal for an ‘autonomous sub-committee’ and their demand for the formation of the Haryana Sikh Gurdwara Parbandhak Committee (HSGPC).

Bhaur, who was a member of the delegation, was accompanied by Takht Keshgarh Sahib jathedar Giani Mal Singh. Both remained closeted with Giani Gurbachan Singh for some time before they came out and confirmed that the report had been submitted. They did not disclose its detailed contents.

Thereafter, Giani Gurbachan Singh again appealed to Haryana Sikhs to remain vigilant against the “anti-Panthic forces which had conspired to divide and weaken the ‘quam’ (community).” On Tuesday, the jathedar had issued a similar appeal in which he had referred to the Congress as the ‘anti-Panthic’ force but this time he preferred not to name anyone.

“Sikh brothers of Haryana, this is the time to think and deliberate on the designs of the enemies of the Panth. Do you want to become targets of such forces, to be used for weakening the ‘shakti’ (power) of the ‘quam’ through their divisive policies?” he said in his appeal. The jathedar went on to give example of hard-working son who protects property of his ancestors and the prodigal son who squanders it all.

He sought to convey that the SGPC was the parent body of the Sikhs and every effort to undermine its status must be opposed.

“In the past, such anti-Panthic forces created the Takht Patna Sahib Board and the Takht Hazoor Sahib Board. Now, they want to create a separate committee for Haryana in a bid to weaken the SGPC,” he added.

In the appeal, the jathedar sought to make it clear that the SGPC did not belong to any particular individual but was the sole representative body of the community from which Sikhs sought guidance in difficult times. “Every effort should be made to preserve and protect this body which was formed after great sacrifices,” he added. The jathedar also targeted a section of the Sikh diaspora which had argued that there was nothing wrong in the HSGPC demand as Haryana was a separate state. He advised the diaspora to involve themselves in ‘more serious’ problems, such as release of Sikh men who were languishing in prisons since days of militancy, and cases of 1984 Sikh genocide.