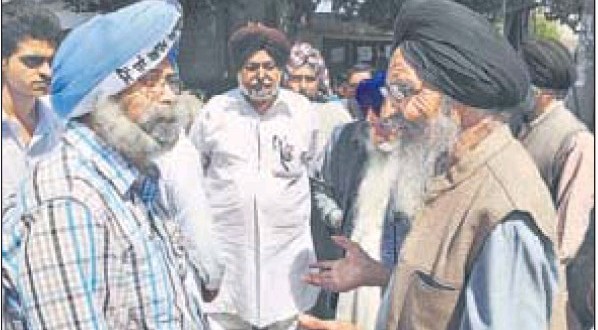 Ludhiana, Punjab: Aam Aadmi Party (AAP) which is now extending its reach to the rural areas of Ludhiana to woo farmers by promoting the policies of the party.

Ludhiana AAP candidate HS Phoolka on Thursday conducted a special visit to many villages and discussed several issues with them.

Phoolka said, “The small and marginal farmers of Punjab have been suffering from many years. The setting up of an agriculture commission and fixing the MSP for 25 crops including foodgrains and pulses would ensure sustainability,” he said.
He also added that above all the most important thing was to stem the farmers’ suicides.

Talking about his party’s vision, Phoolka said, “The AAP fully understand the plight of farmers and would ardently work for their welfare.”

Talking about number of suicides that had taken place in Punjab during the past two decades, Phoolka said that according to unofficial figures, around 50,000 farmers had committed suicide and the government had never conducted a special survey on this crucial issue as by doing so, he said, the government’s claim of ‘agriculture supporting government’ would fall flat.