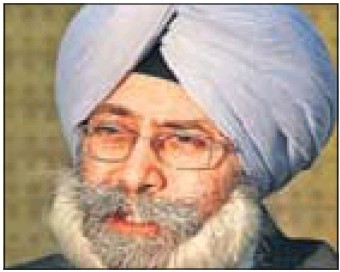 Chandigarh: The broom of the Aam Aadmi Party (AAP) has made a roaring entry into Punjab’s political arena.

Much to the unease of not only the ruling Shiromani Akali Dal (SAD)-BJP regime but also the Congress, the AAP began its Punjab innings by ambushing its political adversaries on the emotive 1984 Sikh genocide issue. First, the deft move of then Delhi chief minister Arvind Kejriwal to set up a special investigation team (SIT) to probe the 1984 genocide laid a solid foundation to connect with the Sikhs. And, when the party positioned noted legal luminary Harvinder Singh Phoolka, who has been the face of the riots victims’ crusade for justice, as the AAP nominee from Ludhiana, panic visibly gripped the strategists of the SAD.

The ‘Phoolka phobia’ of the SAD and its chief Sukhbir Singh Badal became crystal clear when he tried to discredit the Supreme Court lawyer, accusing him of charging hefty fee for legal battles of the riot victims — a charge that Phoolka stoutly denied.

After the Shiromani Gurdwara Parbandhak Committee (SGPC) and Delhi Sikh Gurdwara Management Committee (DSGMC) — both under SAD control — failed to find any record of payments to Phoolka for the Delhi riot cases, Sukhbir had to beat a hasty retreat. But, the damage had been done to the SAD.

Behind the AAP policy of fielding Phoolka is his towering stature among the Sikhs for fighting the 1984 genocide cases without charging fee from victims. This gesture has earned him appreciation of the community as well as the clergy.

Phoolka’s case is a clear reflection of the AAP’s Punjab policy of giving weightage to “social capital”, that is, the stature of candidates among the people.

According to Prof Manjit Singh, who looks after AAP affairs in Punjab, there were 400 AAP ticket aspirants of which 250 were shortlisted. “The panel was prepared and the main criterion was the person’s social capital.”

Thus far, the AAP has nominated candidates for 11 seats from Punjab, barring Bathinda and Fatehgarh Sahib.

Whether in Patiala, where the party has fielded Dr Dharamvira Gandhi, or Amritsar, where Dr Daljit Singh, another prominent surgeon, has been fielded, the AAP has attempted to bank on the personal reputation of these candidates.

In Sangrur and Gurdaspur, the party is banking on somewhat politically experienced candidates. By fielding satirist Bhagwant Mann (Sangrur) and Sucha Singh Chhotepur (Gurdaspur), the AAP is clearly eyeing the votes the duo had got in the 2012 assembly elections. For instance, Mann, while contesting his maiden assembly election as a People’s Party of Punjab (PPP) nominee against Congress heavyweight Rajinder Kaur Bhattal, had bagged 26,136 votes though Bhattal won. Chhotepur, as an independent from Qadian, had got 15,428 votes.

A noted Sikh scholar in Bhai Baldeep Singh (Khadoor Sahib) is yet another example of AAP’s strategy of giving tickets keeping in view the community of the aspirants and their social work before joining the AAP.

But in the rough and tumble of Punjab’s politics, as the election temperature is slowly rising, it would be worth watching if the AAP would at best damage the prospects of the older parties, or actually spring a surprise.