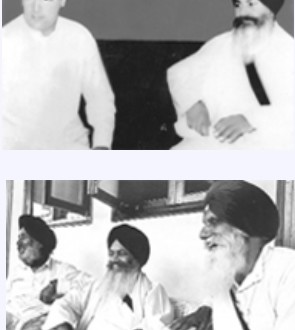 Amritsar, Punjab: Events leading to Operation Bluestar have returned to haunt morally corrupt political leaders of Punjab, resulting in a fresh round of accusations through media. The “White Paper on the Punjab Agitation” released by the Government of India on July 10, 1984, had given the central government’s “reasoning” on why Operation Bluestar was carried out.

“The subversive activities of groups inside the Golden Temple had assumed menacing proportions…the government was convinced that this challenge to the security, unity and integrity of the country could not be met by law agencies at the disposal of the state. It was in these circumstances that the decision was taken to call in the Army,” it said justifying the controversial act.

Not a hint is available about the impending operation from Prime Minister Indira Gandhi’s “broadcast to the nation” on June 2, 1984, less than 24 hours before curfew was clamped in Punjab and Chandigarh and the Army moved in on June 3. Rather Indira had called on the Akali Dal to call off their planned agitation on June 3.

A series of meetings conducted by the Central Government in 1983 and 1984, to discuss the two sets of demands made by the Akali Dal in September and November 1981, have been mentioned in the white paper. It lists nine “secret meetings” with lead players of Punjab of those times, including Parkash Singh Badal, Amarinder Singh and Surjit Singh Barnala, SGPC chief Gurcharan Singh Tohra and Balwant Singh Ramoowalia among others.

The last of the series of nine “secret meetings” was conducted on May 26, 1983, eight days before Operation Bluestar. The white paper explains “even in the week preceding the calling in of the Army…the government made one more effort to reach a settlement through discussions with the Akali Dal, but found their position rigid as before.”

It also indicates the helplessness of the Akalis saying “the essence of the problem in Punjab was not the demands put forward by the Akali Dal in 1981 but the maturing of a secessionist and anti-national movement. The Akali Dal leadership lacked the will to arrive at a settlement on the basis of any framework offered by the government. Hesitation, second thoughts, unwillingness to deal with pressures of militancy characterised their attitude”.