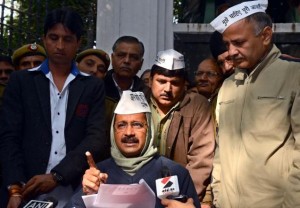 New Delhi: The Delhi Government on Thursday gave its nod to a proposal to set up a Special Investigation Team (SIT) to look into the 1984 Sikh genocide. The SIT will re-investigate the First Information Reports (FIR) pertaining to the genocide and also file fresh cases, if necessary.

“The team, which will consist of an officer from outside Delhi, will inquire into allegations of destruction of evidence, register appropriate cases and investigate the same,” said Education Minister Manish Sisodia after the Cabinet meeting. The recommendation has been sent to the Lieutenant Governor for approval.

The probe team will finalise and file the chargesheet in the court wherever enough evidence is available. It will be given one year to complete its work from the date of it coming into existence.

“The 1984 genocide is a black mark on Delhi’s history. The actual numbers of deaths were much higher than the official records and so were the numbers of FIRs, many of which cases were closed down,” he said.

“It has also been said the police tampered with the records. Therefore, this time, the policemen working on the case would not be from Delhi,” Sisodia said. “Our government wants to ensure punishment for guilty,” he said. Over 2,733 persons were killed and 587 FIRs were registered during the genocide. Of these, 241 cases were closed. Only four cases were reopened and reinvestigated on the recommendation of Nanavati Commission in 2005. Of these four cases, three had sufficient material to prosecute the guilty and chargesheets were filed. “It was revealed during the reinvestigation by the CBI that these cases had been wrongly closed by the police,” he said.