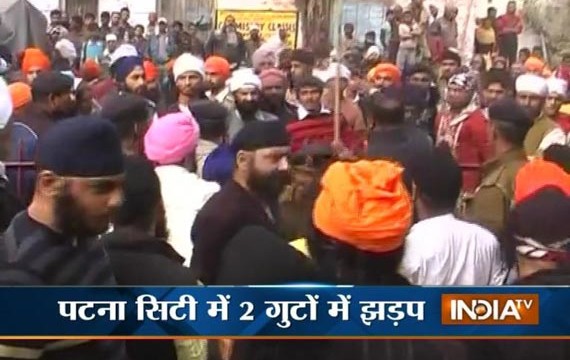 “The three were injured when two groups clashed with each other with swords over appointment of an ‘outsider’ Pratap Singh as Additional Chief Granthi of the Takht Harmandir Saheb,” the birth place of 10th Guru Gobind Singh, Deputy Superintendent of Police Rajesh Kumar said.

The injured have been identified as Jathedar Iqbal Singh, his son Prakash Singh and an another person, the DSP said.

SSP Manu Maharaj was at the temple shrine to broker peace between the two groups.