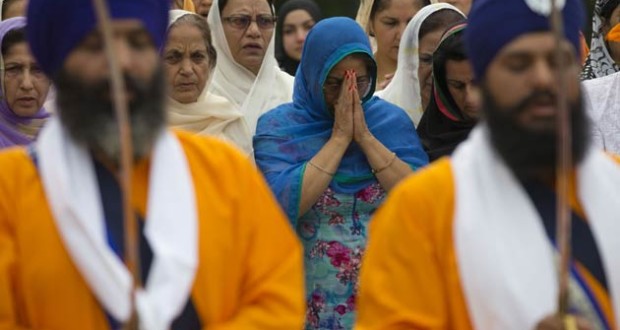 Sacramento, California: Anger stemming from the 1984 Sikh genocide in India has crept into one of the closest and most expensive congressional races in the country.

Some Sikh political activists and the California Republican Party are campaigning against Democratic Rep Ami Bera, saying he refuses to acknowledge the alleged involvement of the Indian government in the riots.

Bera, a physician representing a suburban Sacramento district, is the only Indian-American in Congress.

Other Sikh leaders are planning a fundraiser for Bera this weekend, dismissing the opposition as a fringe group that doesn’t represent their religious community. They praise Bera, a freshman lawmaker and Unitarian who was raised Hindu by Indian immigrant parents, as a valuable advocate for all South Asians.

In California, Sikhs have a long history as farmers in the Central Valley. Bera’s 7th Congressional District, which is about evenly divided between Democrats and Republicans, has about 6,000 registered voters of Indian descent, according to Political Data Inc., a California firm that provides detailed breakdowns of voting districts.

The race between Bera and Republican Doug Ose, a former Congressman, has attracted more than $4 million from outside interest groups. The margin of victory in November is expected to be razor-thin, so even a smallscale revolt from within a single ethnic community could help tilt the election.

Previous: Rush for trains about to begin
Next: Discrimination against Sikh taken up with US