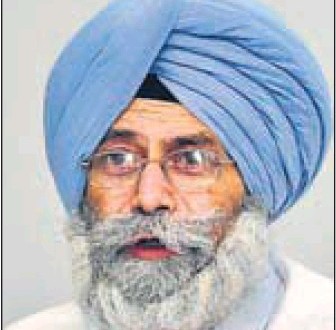 Ludhiana, Punjab:  Senior advocate Harvinder Singh Phoolka ,who contested as t he Aam Aadmi Party (AAP) candidate from the Ludhiana Lok Sabha seat, has written a letter to union minister of law and justice Ravi Shankar Prasad, requesting him to get the special investigation team (SIT) constituted and make it operational to investigate cases related to the 1984 Sikh genocide.

In his letter, Phoolka said the police had closed 241 cases relating to the riots and filed ‘untraced’ re ports and these were never sent for trial to the court. Of these cases, four were reopened in 2005 and reinvestigated by the Central Bureau of Investigation (CBI). In two of the cases, the CBI filed the chargesheet in 2010, finding sufficient material and strong wi t n e s s e s , t h e AAP leader wrote. One of these cases was decided by the court in 2013 and five accused convicted, including a for mer MLA and an excouncillor.

Phoolka stated that if the other 237 cases were also reopened and reinvestigated, a number of them would result in conviction and the guilty could be punished. These cases need to be investigated by the SIT to be constituted with officers from outside the Delhi police, he added.

The advocate, who has been fighting cour t cases for genocide victims, stated that when the Arvind Kejriwal gover nment had come to power in Delhi, it had decided to constitute the SIT to reopen and reinvestigate these cases and also met the Lt Governor for the purpose. The names of some police officers were recommended for the SIT, including Suresh Arora, DGP (vigilance bureau), Punjab.

He said the issue was still pending with the Lt Governor because the previous Congress government was interested in shielding the guilty and not bringing them to book.