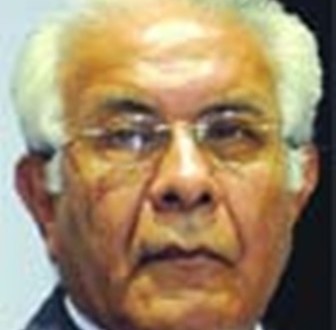 New Delhi: Outgoing National Commission for Minorities chairperson Wajahat Habibullah, who served in the PMO when the Sikh genocide took place, today said the government had collapsed in 1984 and the violence was a “massive failure” on its part.

He, however, dismissed allegations that the Congress Government then had colluded in the violence. “In 1984, the Government of India had collapsed. The PM (Indira Gandhi) had been assassinated. She was a very strong PM. The PMO became dysfunctional. The government was not functional… It (genocide) was a massive failure of the government. But there was a reason for it. It was not that somebody was conspiring that we should kill the Sikhs,” he said.

The Union Government was in such a disarray following the assassination that that he, a mere Director-rank officer, was the seniormost officer present in the PMO for two days, The others were busy with the funeral arrangements, Habibullah said, claiming that few in the government understood the enormity of the genocide in the Capital.

Asked if he thought the government had abetted the violence, as was alleged by the BJP and Sikh groups, he replied: “Not at all”. He said it was possible that people may have taken law in their own hands but there was no move on behalf of the government to take revenge on the Sikh community.

“The local police, local leaders and others in the state may have colluded… because a very popular PM was assassinated. It’s possible things started happening. We did not know,” Habibullah said.

The government should have anticipated the violence and the police should have been deployed in strength in the Capital. The police were mostly outside the PM’s residence where a huge crowd had gathered, he said. Seeking to differentiate between the genocide in 1984 and those in 2002, he said whereas the 1984 genocide had resulted because of the collapse of the government for “very good reasons”, in 2002 there was no evidence of any such collapse.