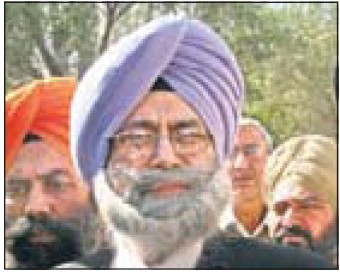 New Delhi: Senior advocate HS Phoolka — who has been fighting for justice for the victims of 1984 Sikh genocide in the National Capital — on Tuesday decided to join the Aam Aadmi Party (AAP), saying it was a “natural choice”.

“This is for the first time that activists have come together and formed a political party, not to grab power, but to cleanse the political system,” Phoolka told HT.

“I will fill the party’s membership form after paying obeisance at Sri Harmander Sahib, Golden Temple, Amritsar,” he said.

Air Deccan founder Captain Gopinath, former Infosys board member V Balakrishnan and Royal Bank of Scotland CEO Meera Sanyal too have joined AAP.“Be the change that you wish to see in the world,” Phoolka said emphasising that AAP aimed at ensuring good governance and freedom from moral and economic corruption.

“After 30 years of being a social and legal activist of justice and equality and legal education and anti-communal violence, I now want to take an active part in this social revolution. Thus joining AAP is my natural choice,” he said.

The senior advocate lauded the role of AAP leaders in the struggle to secure justice for the victims of 1984 Sikh genocide. Shanti Bhushan had appeared in the case against Jagdish Tytler while Prashant Bhushan had been giving his advice in these cases, he added.

“On November 1, 1984, Shanti Bhushan had gone to the then home minister Narasimha Rao to impress upon him to call in the army. He gave his affidavit before the Nanavati Commission that Rao wanted to call in the army but had not succeeded in convincing the authorities,” Phoolka recalled.