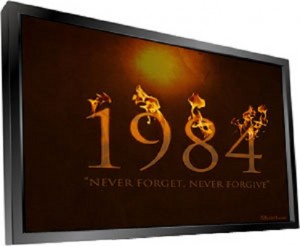 1984 genocide: from apology to accountability

Comments Off on 1984 genocide: from apology to accountability 465 Views

Delhi: In history, Congress vicepresident Rahul Gandhi will be remembered as a person who rekindled the hope of the victims of violence for justice. It is an opportunity to reopen closed issues and steer them towards closure. His candid admission that some of his party men were involved in the genocide of Sikhs in 1984 might be the step forward from the politics of apology towards fixing political as well as legal accountability. His observation has reinforced the belief that peace and peacekeeping are a serious business which otherwise, unfortunately, has become a preoccupation with the people who themselves are either responsible for or have contributed to violence indirectly.

This form of violence is privileged because it has armed itself with the instruments of apology, regret, repentance, etc, and simultaneously shielded the lesser mortals who carried out the orders on the streets. Leaders responsible for violence tender apology conveniently and delay the accountability processes. Punjab has witnessed it in an aggravated form. A section of political leaders responsible for creating conditions leading to Operation Bluestar in 1984, besides the carnage and genocide of Sikhs in November 1984, indulged in the politics of apology without accountability.

Many army men who carried out Operation Bluestar have been either assassinated or tormented by competitive terrorism, while politicians responsible for creating those conditions have resumed power. The violence that followed the military operation and the assassination of the-then prime minister was so blood splattered that thousands perished, felled by bullets or butchered in carnage.

The way forward
So, what is the way forward? The first lesson is to move from the politics of apology to the politics of accountability. For fixing the accountability for the genocide of Sikhs, successive governments lacked the necessary sensitivity and urgency. This led to the setting up of many committees and commissions of inquiry without delivering justice. It started with the Ved Marwah inquiry that was wound up in 1985 without completing its report; followed by the Dhillon Committee in 1985, Ahuja Committee in February 1987, Jain-Banerjee Committee in February 1987, Jain-Aggarwal Committee in December 1990, Narula Committee in December 1993, Ranganath Misra Commission in May 1985 and Nanavati Commission in May 2000.

Holier than justice
It has only created the chilling milestones of the reluctance of successive governments to take action, even after 30 years, against those indicted for their role in the genocide. The report of Justice GT Nanavati Commission and Action Taken Report of the government seem to have settled down on the long highway of the justice system. The Action Taken Report has exposed political insensitivity and “bureaucratic responsiveness” further. The commission observed that “Hoshiar Singh and his men did not take effective steps to protect the gurdwara and disperse the mob gathered there…” The Action Taken Report says that “there are legal difficulties in initiating departmental proceedings at this point of time. Subinspector Hoshiar Singh and two constables who were on duty with him have retired.” Therefore, no disciplinary action can be taken against them and action under the pension rules is possible only in respect of an event that took place within four years. Similar responses are rendered in other cases.

These bureaucratic responses bring to surface the “commitment” of the leadership to preserve rules and regulations as cardinal principles even at the expense of justice and human values. Rules must not be infringed, the rights of people may be.
These tragic events require justice-oriented political response. On the contrary, they are taking refuge under the rulebook to defend the criminal acts of the people in power. People’s destiny is unsafe in the hands of a leadership bureaucratic in approach, and dogmatic and status-quoist in commitment.

Politics of inquiry
The politics of inquiry commissions, too, should be given a burial. A people’s commission should fix the responsibility for unleashing politics that led to non-state actors’ killing innocent citizens, security personnel and political activists; besides Operation Bluestar, 1984, and fake encounters. This will lead to activating accountability through political discourse in elections. For investigating individual acts of violence, mandatory special investigation teams (SIT) need to work under the guidance of special fast-track courts.

Closure, not revenge
Another lesson to learn is to apply closure to tragic events, which does not mean revenge or justifying the use of violence as so privileged that cannot be brought to justice. The assertions that the violent acts of non-state actors be pardoned and state actors be hanged or vice-versa is subversion of justice. Closure does not mean subverting the institution of justice for saving those who have taken the lives of others.

The focus of closure should be delegitimising violence, reducing incentives to violence, and delivering restorative justice. Reconciliation is an obvious goal. Is it not strange that Punjabi society has not even initiated raising a peace memorial to the victims of decade-long terror, trauma, and torture?

Reintegrate community
Another step towards closure is reintegration of the community. At the symbolic level, political reintegration was initiated by having Manmohan Singh as Prime Minister, and in Punjab, by moving towards inclusive Punjabi identity from extreme Panthic agenda. However, the integration strategy has to target both the victim and the community, alleviating the needs (physical, psychological, social and economic) of the victim and mobilising the community for supporting the victims and undermining the culture of violence by sensitising all sections of society to victimisation.

Peace is not the absence of violence but the eliminating of conditions that create violence. This will counter revenge or glory addiction, allay insecurity among people, and create an environment for conflict resolution. The central thrust of the integration approach is to transform the culture of violence into a culture of peaceful co-existence.

Previous: Support from Kejriwal was unexpected: Bhullar’s wife
Next: Recording of dera chief’s statement on February 11 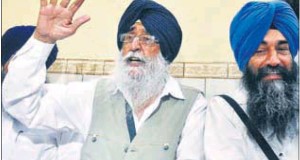 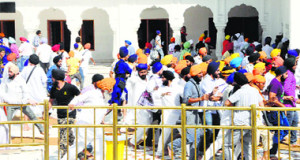