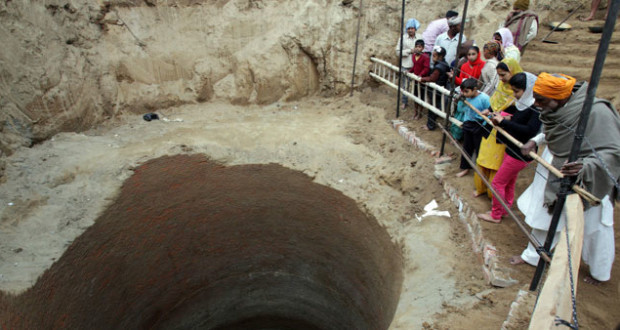 Comments Off on 1857 martyrs: Punjab to raise memorial 687 Views

Amritsar, Punjab: The Punjab government has finally decided to give due recognition to the 282 Indian soldiers whose skeletal remains were recovered from a well in Ajnala town, into which they were thrown, dead or alive, after they had revolted against the British during the 1857 uprising, often described as the first war of independence.

The government has accepted the demand of the Gurdwara Shaheed Ganj, Shaheedawala Khuh Management Committee to build a suitable memorial in memory of the soldiers near Kalianwala Khuh, as it came to be known after the incident. It acquired the name Kalianwala Khuh as all the 282 soldiers who were thrown inside the well, hailed from Bihar and Uttar Pradesh and were dark complexioned as compared to Punjabis.

They were also referred to as ‘Poorbias’ as they hailed from eastern (poorab) states of Uttar Pradesh and Bihar.

The decision to raise a memorial to the soldiers was taken by chief minister Parkash Singh Badal following his meeting with SS Channy, principal secretary (home and archives), at Chandigarh on Sunday. Channy who had visited Ajnala on Saturday was given a list of demands by the Shaheed Ganj Management Committee and by Surinder Kochhar, a journalist and researcher who had uncovered the remains inside the well on February 28.

“We have received a message from Channy that the CM has agreed to raise a memorial at the excavation site in the memory of the soldiers. The CM is expected to visit Ajnala within the next 2-3 days,” Kochhar told HT on Sunday. “The CM has also agreed to erase the name ‘Kalianwala’ from revenue records and rename the spot as Shaheedawala Khuh,” stated Kochhar.

A formal announcement by the CM could put to rest the controversy on whether to recognise the 282 as martyrs or not. A section, including the Akal Takht and the Shiromani Gurdwara Parbandhak Committee (SGPC), has raised objections, contending that ‘Poorbias’ had fought alongside the British and against the Sikhs in Punjab after the fall of Maharaja Ranjit Singh’s empire.

However, a major obstacle that could come in the way of raising the memorial is the army. The land on which the well and the gurdwara are situated is under the occupation of the army. The army moved onto this vacant piece of land after the 1971 war with Pakistan and since then an army unit has always remained stationed there. In revenue records, it is the property of the central government.

The state government will have to seek the clearance from the ministry of defence for acquiring even a small portion of the land for the memorial.

So far, the army has made no announcement on the status of the 282 soldiers who had revolted against the British at Meeian Meer Cantt, 5 km from Lahore. 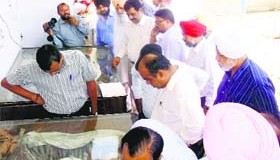