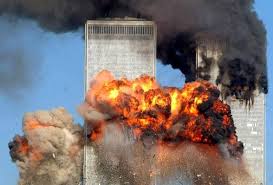 Comments Off on 13 Years After September 11 Attacks, Sikhs Still Targets Of Harassment. 628 Views

San Jose, USA: In the aftermath of the terror attacks of September 11, 2001, Sikhs were unintended target of hate crimes, because the attackers thought they were Muslims. Thirteen years later, Sikhs said the attacks have not stopped.

Sikh men wear turbans and beards, and women cover their heads. They are the basic articles of faith in the religion.

“We are so far from violence, it’s incredible that people mistake it,” said Inder Preet Kaur, who is Sikh.

When asked why she thinks it happens, Kaur said, “Ignorance. It’s really just ignorance.”
Sikh leader Bhupindar Singh Dhillon said, “Sikhs are not Muslims, Sikhs are not Hindus. Peaceful living, freedom and justice are the core values of our belief.”

Dhillon said it doesn’t often happen in the Bay Area, but Sikhs in other parts of California and the U.S. are enduring racial slurs, harassment in murder. In 2011, two Sikhs were shot in Elk Grove. One died, in an apparent misdirected hate crime.

“Fifty percent of Americans think somebody wearing a turban is associated with Islam,” Dhillon said.

San Jose city councilmember Ash Kalra said its no better that people are targeting Muslims, but he is now afraid violence against both groups could escalate due to the new war against the Islamic State, also known as ISIS or ISIL.

The State Attorney General’s Office tracks all hate crimes. They are finding a downward trend over the past decade.