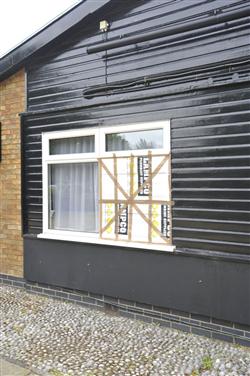 Comments Off on Vandals attack Sikh Gurdwara in Cambridge 473 Views

London, UK: A temple was attacked by vandals in Cambridge.

A window was smashed when stones were thrown at the Cambridge Gurdwara, a temple and community centre for the county’s 700-strong Sikh community.

Police are treating the attack, which happened in Arbury Court, Arbury Road, overnight on Saturday, as criminal damage and do not believe it was a hate crime.

But officers are “open-minded” about how the damage was caused and who did it.

A Cambridgeshire police spokesman said: “We received reports that a window had been damaged at the Gurdwara in Arbury Road, Cambridge, between 8pm on Saturday (June 22) and 6.15am yesterday.

“The matter is being treated as criminal damage.”

Dr Jagjit Singh Srai, a trustee of the temple, said he did not think it was a hate crime.

He added: “We do not know many details. We think it was some kids messing around. We know there were some children around there at the time. It’s one small window pane and we’ve contacted police.”

The Sikh temple is the first to be built in Cambridgeshire when it opened on the site of former pub The Grove at the beginning of the year.

Members at the centre, who discovered the broken window on Sunday morning, said it was the first time it had been attacked.

Nigel Gawthrope, who represents King’s Hedges on the city council and was at the opening in January, was upset when told of the attack.

He said: “It does seem like an act of wanton vandalism. If it was anything to with people like the EDL you would expect some sort of graffiti there too.”