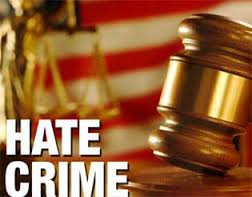 US to track hate crimes against Sikhs, minorities

Comments Off on US to track hate crimes against Sikhs, minorities 28 Views

Washington, USA: Ahead of Monday’s anniversary of the Oak Creek Gurdwara tragedy, the US Justice Department has announced that it will begin tracking crimes committed against Sikhs and six other groups as hate crimes.

“As we look toward the future — I’m confident that this change will help us better understand the law enforcement challenges we face,” Holder wrote in a Justice Department blog post.

“It will empower us to better enforce relevant laws to protect everyone in this country. And it is emblematic of our unwavering resolve to prevent and seek justice for acts of hate and terror,” he said.

“In the aftermath of this terrible tragedy, individuals and communities of faith across the country were badly shaken,” he wrote in the blog titled “Healing Communities and Remembering the Victims of Oak Creek.”

Holder also announced that the Justice Department’s Office for Victims of Crime will offer an emergency assistance grant to the Wisconsin Department of Justice providing over $512,000 to help reimburse, and continue to pay for, mental health and trauma services for the victims and survivors of this horrific shooting.

“These funds are intended to assist all those affected – including family members, witnesses, first responders and the wider Oak Creek community – as they continue to rebuild their lives and keep displaying the extraordinary resiliency so many of us have come to admire,” he said.

“More broadly, we also must engage in an inclusive dialogue about how we can prevent these tragedies in the future — including through the improved tracking of hate crimes reporting,” Holder said.

The Justice Department decision was commended by the community as also several lawmakers including the lone Indian-American House member Ami Bera and the first Hindu-American legislator Tulsi Gabbard.

“One year after the Oak Creek killings, we are thrilled the FBI has agreed to begin tracking and documenting hate crimes against Sikh, Hindu and Arab Americans,” they said in a statement.

“This groundbreaking decision to collect valuable hate crime data will go a long way towards protecting communities living in fear of being victims of a hate crime.”

Amardeep Singh, programme director of the Sikh Coalition, said that while he welcomed the announcement as a “critical first step,” the underlying conditions that caused the killings remain.

“The last year has once again seen violent shootings and beatings of Sikhs throughout the country,” he said. “It will take more than tracking hate crime statistics to stem the tide.

Previous: CM: Will take up problems of Gujarat Sikhs with Modi
Next: Being targeted by Modi Govt, allege Sikh farmers from Kutch