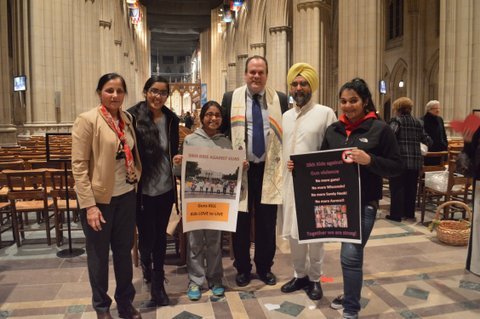 US Sikh council to check hate crime through PR

Chandigarh, Punjab: The Sikh Council on Religion and Education (SCORE), which consists of prominent members of the community in the USA, is in talks with a renowned public relations (PR) firm, AKPD, to create awareness about Sikhism there.

US-based social activist and SCORE chairman Rajwant Singh said the PR agency had handled the election campaign of US President Barack Obama. He said the move was aimed at preventing hate crime against Sikhs in America. “Even now, two-third of Americans can’t make out the difference between Sikhs and Muslims. The idea is to launch an effective campaign,” he added. He also felt that the SGPC and DSGPC should play a proactive role in this regard.

Rajwant, who is visiting India from Washington DC, said he was taking the help of teachings of the seventh Sikh master, Guru Har Rai, to sensitise Punjabis, especially Sikhs, about ecological issues. His organisation had declared March 14 (the enthronement day of Guru Har Rai) as the Sikh Environment Day. He has been working on a project which aims at making Amritsar and Nanded Sahib eco-friendly and green cities. He is roping in residents, besides religious and education institutes of the two cities for the project. He said both the cities had been brought under a global organisation, Green Pilgrimage Network, which was founded in Italy in 2011. He they would also observe a special day, “Amritsar Foundation Day”, on July 6.