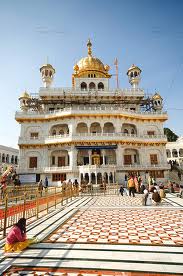 US needs to do more, says SGPC

Comments Off on US needs to do more, says SGPC 187 Views

Amritsar, Punjab: Bring the guilty to book, demands Akal Takht Jathedar   Close on the heels of a teenage Caucasian teenager punching an octogenarian Sikh in the UK, the attack on Prof Prabhjot Singh of the Columbia University by a group of unidentified assailants has shocked the Sikhs in India and abroad.

Talking to The Tribune, Akal Takht Jathedar Giani Gurbachan Singh said the US Administration should bring the guilty to the book. He said the US should take measures to ensure the safety of Sikhs residing there. Flaying the incident, SGPC senior vice-president Raghujit Singh Virk said the Obama Administration should award exemplary punishment to the attackers. He said though the US had initiated steps to check hate crime in the past, yet a lot needed to be done. He said the SGPC was getting literature published in various foreign languages to sensitise the people abroad about the Sikh religion.

Dr Rajwant Singh, chairman of the US-based Sikh Council on Religion and Education, said he was in touch with the White House. “It is sad that yet another Sikh has become a victim of ignorance and hate. This could be very well connected to the news emanating from Kenya. Ignorant individuals associate the turban with terrorism and violence.”

He said educating foreigners about Sikhs and Sikhism needed to be the top priority of Sikh institutions across the globe. “We propose that all gurdwaras across the US should organise an open house on November 10, a week before Gurpurb, and invite neighbours, educatationists and mediapersons in the vicinity to educate them on Sikhism.”

American Gurdwara Parbandhak Committee coordinator Dr Pritpal Singh termed the incident as unfortunate. He said the US Administration was helping the Sikh community deal with such incidents. He, however, felt that there was still a need to spread awareness on Sikh identity.

He said they were working towards preventing hate crimes against the Sikhs through the American Sikh Congressional Caucus.

Party leader Kanwar Pal Singh said that the Sikhs “need action and not mere assurances from the Obama Administration.”

Calling for strict action against hate mongers, he urged the Sikh diaspora to speak out forcefully against such crime.

Previous: Sikh prof targeted in US hate attack
Next: PAU experts step up efforts to save Dukhbhanjani Beri