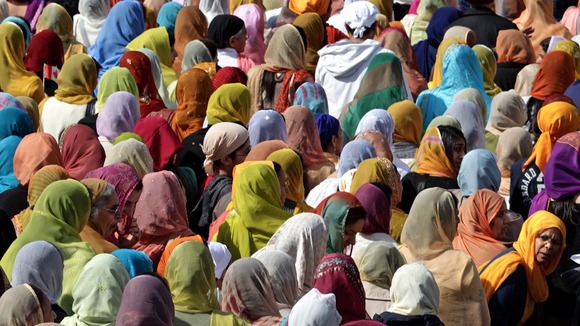 Washington, USA: Five Democratic lawmakers have introduced a Congressional resolution on the occasion of Vaisakhi, commemorating the creation of the Khalsa, a fellowship of devout Sikhs, by the tenth Sikh guru, Guru Gobind Singh in 1699.

According to the Sikh Coalition, a community organization, Georgia State Senate too has introduced a resolution honoring Vaisakhi, while the cities of Elk Grove, California, and Houston, and San Antonio, Texas have issued proclamations.

Wishing the Sikh American community a joyous Vaisakhi, the Congressional resolution takes note of the Sikhs’ “rich contributions to the social, cultural, and economic vibrancy of our great nation, as well as the US Armed Forces.”

“I have worked with the community for decades on issues ranging from combating hate crimes to agriculture. I would like to wish Sikhs celebrating in California, across America, and around the world a joyous Vaisakhi. This festival embodies values that we all share, especially service and dedication to the well being of others.”

Thanking Garamendi for introducing the resolution, Simran Kaur, advocacy manager for the Sikh Coalition, said, “It is a testament to the vibrancy of our pluralistic society that Americans from all backgrounds can celebrate with and learn about each other on occasions like Vaisakhi.”