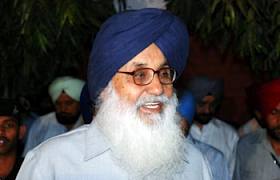 A US judge in Wisconsin will hold an evidentiary hearing on January 29 in a human rights violation case filed by a Sikh rights group against Punjab Chief Minister Parkash Singh Badal.

Judge Rudolph Randa would hear the case after a motion was filed last month to solve the basic jurisdictional issues and seek the court’s protection against the alleged intimidation and abuse to the families of the plaintiffs in India by the “agents of Badal,” rights group Sikhs for Justice (SFJ), one of the plaintiffs in the case, said.

The other plaintiff in the case SAD (Amritsar) headed by Simranjit Singh Mann allege that several individuals were tortured during the Badal regime. The lawsuit has been filed against Badal in the US federal court under Alien Torts Claims Act and Torture Victims Protection Act on the charges of custodial torture and shielding police officers responsible for torture, extra judicial killings and continuous human rights violations against the Sikh community in Punjab.

A law firm representing Badal had sought dismissal of the human rights violation case citing that his client was not served the court papers when he had visited a high school in Oak Creek following the shooting massacre in a gurudwara in August.

During the evidentiary hearing, SFJ seeks to challenge Badal’s claim that he was not present at the Oak Creek High School where a ceremony was being held in the memory of the Sikh victims of Wisconsin gurudwara shooting. Badal has claimed he was at a different location in Milwaukee. Pannun said to refute Badal’s claim, evidence and witnesses would be presented in court to prove that Badal was personally served the court papers by a professional process server from ‘State Processing Service Inc’.