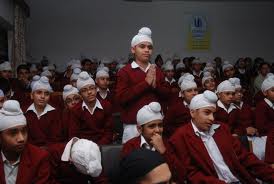 Washington, USA: Washington-based Sikh Human Development Foundation (SHDF) has given scholarships totaling over $200,000 to 508 needy students pursuing higher education in 159 institutions in Punjab and other states in north India.

The scholarships this year covered several fields such as medicine, engineering, agriculture, nursing, information technology and business administration, according to a media release.

The SHDF has granted 2,880 scholarships since 2001. A total of 809 students have graduated and most of them have landed in respectable positions in various companies throughout India.

Foundation chairman Amar Jit Singh Sodhi said with the addition of a centre in Moga, SHDF currently has six centres in Chandigarh, Ludhiana, Amritsar, Faridkot, Moga and Delhi, where students appear for an exam and interview for the scholarship.