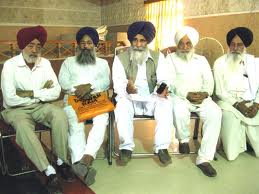 Unhappy With Haryana CM, HSGPC To Campaign Against Congress

Sirsa, Haryana: Haryana Sikh Gurdwara Prabandhak Committee (HSGPC) (ad-hoc) has announced that it would campaign against the Congress in the run-up to the elections to the state assembly and Lok Sabha next year.

HSGPC (ad-hoc) president Didar Singh Nalwi said chief minister Bhupinder Singh Hooda had announced benefits for all communities at the Congress’ Haryana Shakti Rally at Gohana, Sonepat, on Sunday, but did not mention anything regarding the formation of an official Sikh body in the state. Describing the Congress as “anti-minority”, Nalwi said the formation of the Sikh body was in Congress’ election manifesto of the assembly polls in 2005 and parliamentary elections in 2009.

At present, HSGPC is an ad-hoc body. Once the state government gives a go-ahead to the formation of an official Sikh body for the state, all gurdwaras in Haryana – which are at present managed by the Amritsar-based Shiromani Gurdwara Prabandhak Committee – will come under the Haryana Sikh body.

“Hooda has once again shown his bias against Sikhs. We were expecting Hooda to make an announcement, but he once again ditched the community,” said Nalwi. “We feel hurt and vow to oppose the Congress.”

He dismissed Hooda’s announcement of a minority commission in Haryana as no major achievement. “The commission’s formation means nothing if the government does not keep the poll promises it made nine years ago. Formation of an official Sikh body for Haryana is also part of Punjab Reorganisation Act of 1966, which has a provision to have a separate Sikh body for Haryana after states of Himachal Pradesh and Haryana were carved out of Punjab,” he said.

Nalwi accused the party of vote-bank politics: “In December 2004 (two months before the then assembly elections), Hooda and Kumari Selja had introduced me to Congress president Sonia Gandhi in Delhi.

They had assured me that our demands would be met if the Congress would be voted to power. Sikhs trusted their words, but the entire Congress leadership has ditched us. We are disillusioned and openly motivate Sikhs to vote against the Congress in the general and assembly elections.”