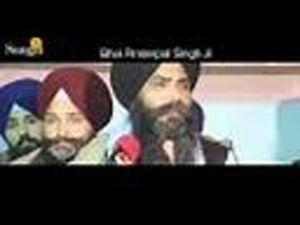 London, UK: Britain’s media regulator has imposed a hefty fine of 30,000 pounds on a Sikh television channel for “seriously” breaching its code by broadcasting a programme inciting violence within the community against members of the Indian Army.

Sangat TV, a Birmingham-based satellite channel which broadcasts in Punjabi and English, will have to pay the fine for breaching Ofcom’s code by broadcasting a programme that incited Sikhs to take violent action against Lieutenant General KS Brar and other members of the Indian armed forces.

The discussion programme aired in October last year following an attack here on Lieutenant General KS Brar, who led the Indian Army’s Operation Blue Star against Sikh separatists at the Golden temple in Amritsar in 1984.

Some of the panellists on the show said that Brar deserved to be attacked and congratulated the perpetrators.

Last month, three men and a woman of Sikh origin were found guilty of causing grievous bodily harm to the 78-year-old retired Army officer while on holiday here in September 2012.

Ofcom said that Sangat TV, which is owned by a company called Regis 1 Limited, broadcast statements as part of the post-attack programme which “were an indirect call to members of the Sikh community to take violent action against Lieutenant General KS Brar and other members of the Indian armed forces”.

Regis 1 said its channel was run mostly by volunteers and owned by a charitable trust, the Sangat Trust, and anything more than a token fine would be “crippling”.

However, Ofcom imposed the harsh penalty as a result of a breach of rule 3.1 of its broadcasting code, which states: “Material likely to encourage or incite the commission of crime or to lead to disorder must not be included in television or radio services.”

The TV channel will also have to broadcast the Ofcom findings in this case at a date and form to be determined by the regulator.