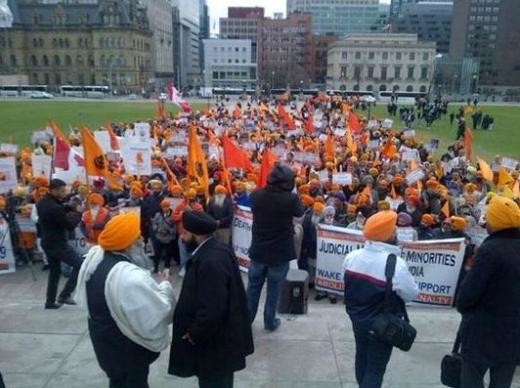 London, UK: Bhangra and chicken tandoori may be British obsessions. But equally, Sikhs are top of the table when it comes to feeling British, says a new report. Almost 62% of Sikhs, followed by 57% of Muslims and 54% of Hindus describe their only national identity as British, according to an analysis of Britain’s 2011 Census. The figure is just 15% for Christians.

Unlike Sikhs, Muslims and Hindus, Christians (65%) and Jews (54%) say they feel English rather than British, say researchers at the Centre on Dynamics of Ethnicity at Manchester University.

This is in keeping with findings that show that in England, three-fifths of the population do not really identify with a British national identity, and only see themselves as English.

In contrast, ethnic minority groups are much more likely to describe themselves as British. Most Bangladeshis (72%), Pakistanis (63%) and Indians (58%) say they are British. But White British (72%) and Mixed (47%) ethnic groups say see themselves as English.

Whites living in the region of England, the overwhelming majority, see themselves as English. But ethnic and religious minorities in the same region see themselves as British. The two identities are confusing tourists and policymakers.