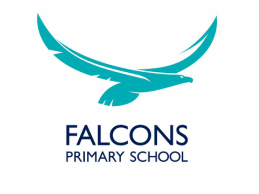 UK: Sikh school to come up on former hospital site in Leicester

Leicester, UK: According to news reported by the Leicester Mercury: a new Sikh free school will be built on a former hospital site in Gipsy Lane, in the Northfields area of Leicester.

Planning permission is already being sought by education leaders behind the new school, to be known as Falcons’ Primary.

They have requested permission from the city council to change the use of a former hospital administration block and refurbish George Hine House next door.

Ward blocks behind these buildings would then be demolished and a Tarmac area extended to provide more parking spaces for the school.

Harminder Singh, a member of the trust leading the Sikh free school project, reportedly said: “On behalf of the trust we are delighted with the proposed site.

“We will put in an outstanding educational hub for the community and, in line with our Sikh ethos, it will be inclusive and welcoming to all communities.

“We urge parents not to miss this opportunity to apply for reception and year one in 2014.”

The trust and Leicestershire Partnership NHS Trust, which owned the building, remain tight-lipped over its sale price.

A spokeswoman for the trust said the information was “commercially sensitive”.

Free schools are set up by charities, parents or teachers outside local authority control, but are paid for by the state.

The school, due to open in September, 2014, has places for 60 children in each year group and will grow to 420 pupils.

Stephen Snelson, current head at Farndon Fields Primary, in Market Harborough, was named as the school’s principal this month.

He said: “I’m delighted to have been appointed as the principal. I’m looking forward to working with children, parents, staff, governors and the wider community to build an outstanding school with a first-class reputation.

“The ethos of the school is based on the principles of Sikhism and this will shape the inclusive learning community which we will create.”

Although a Sikh faith school, Falcons’ Primary will take children from all faiths.

Open days have been held with education leaders from the school and the admissions process to join in September is open.