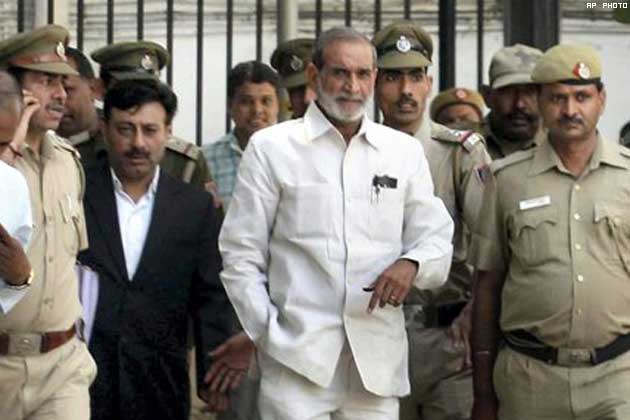 Comments Off on Trial court to verify witnesses’ claims 70 Views

New Delhi: The Delhi high court, which on Tuesday upheld the framing of charges against Congress leader Sajjan Kumar, said the trial court will decide on the reliability of witnesses against him. The court order came in connection to the killing of six persons in Sultanpuri during the 1984 Sikh Genocide.

Questioning the charges of murder, genocide, promoting enmity between two communities framed against him by the trial court in 2010, Sajjan’s lawyer argued before the high court that these need to be quashed as most of CBI’s witnesses were unreliable. There were “deviations and contradictions” in their statements, he argued.

Justice Suresh Kait said: “The alleged deviation will have to be explained by witnesses during the trial. The settled law is that the veracity of such statements has to be examined during the trial, not at the stage of framing charges…”

Sajjan was acquitted on April 30 by a trial court in connection with the killing of five members of a family in Delhi Cantonment area on the ground that the witnesses were unreliable.

The trial judge had said key witnesses had not named Sajjan in their statement to the police and before the Rangnath Commission which probed the massacre. They had first named Kumar before the Nanavati Commission in 2000.

Sajjan argued before the high court that many witnesses in the Sultanpuri case had named him for the first time only before the Nanavati Commission and said the trial judge ignored many documents that were in his favour.

Rejecting the plea, the court said, “There is no illegality if the trial court has not considered the documents other than those filed by the investigating agency…” Observing that “prima-facie” evidence was made out against him, Justice Kait noted that the trial court had perused statement of witnesses to the police and magistrate in which they alleged that he was asking the mob to kill Sikhs as well as supervising the work of his followers.

Previous: ‘Amritsar need not transform into Paris or Switzerland; greenery and heritage more important’
Next: Displaced during Op Bluestar, traders yet to be rehabilitated