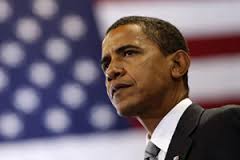 Takht chief wants PM to take up issue with Obama

Amritsar, Punjab: Akal Takht Jathedar Giani Gurbachan Singh has asked Prime Minister Manmohan Singh to raise the issue of hate crime against Sikhs with US President Barack Obama during his ongoing US visit.

Addressing mediapersons here today, the Jathedar said: “The Prime Minister must raise the issue of ensuring safety of life and property of Sikhs living in the US with President Obama. The Sikhs there are at the receiving end of racist attacks, which is a matter of grave concern.”

He said Sikhs had been bearing the brunt of hate crimes ever since the 9/11 attacks. He said though the Obama administration had done a lot in this regard, racist attacks were still being reported.

Giani Gurbachan Singh said the SGPC would soon set up a Sikh mission at Yuba City in California to sensitise people about Sikh religion. He said there was a need of Sikh preachers who were well-versed in English and other foreign languages.

The Jathedar said they had decided to form committees of Sikhs living in different countries, adding that these panels would help deal with issues being faced by the community there.

He said these panels, working under the patronage of the Akal Takht, would resolve small issues on their own while they would bring serious issues to the notice of the Akal Takht. He also appealed Sikh intellectuals to send their write-ups about Sikh identity to the SGPC so that these could be published in different languages to spread awareness.