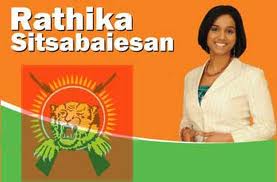 Canada: Canada’s New Democratic Party (NDP) MP Rathika Sitsabaiesan (Scarborough – Rouge River) has issued a statement on 30th anniversary of “Black July” – July 1983, when hundreds of Tamils were killed and thousands more were displaced as their homes and businesses were distroyed in Sri Lanka.

It is with deep sadness that we mark the 30th anniversary of Black July. On July 23, 1983 hundreds of Tamils were killed and thousands more were displaced as their homes and businesses were destroyed.

The repercussions of these brutal actions and heartbreaking loss can still be felt by Tamils living in Sri Lanka as well as the Tamil diaspora.

New Democrats remain concerned about the treatment of minority communities in Sri Lanka. As we remember July 23, 1983, we pledge to continue defending the interests of Tamil Canadians in the House of Commons.

We also urge the Canadian government to take firm diplomatic action and boycott the Commonwealth Heads of Government Meeting scheduled to take place in Sri Lanka this November. Canada must take a principled stance regarding the Sri Lankan government’s continued human rights abuses and refusal to conduct an independent investigation of war crimes allegations.

Previous: UK’S oldest woman, a Sikh, dies at 115
Next: Living Gurbani: Work of a Lifetime