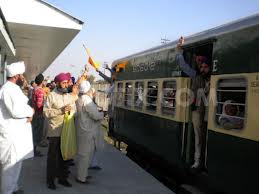 Chandigarh,Punjab: Residents of the Tricity would be able to go on a one-day trip to Amritsar to pay obeisance at the Golden Temple in a special train that would start running in the coming few months. The train to the holy place has been a long pending demand of residents.

According to the plan, the train for pilgrims would start from the Chandigarh railways station for Amritsar in the morning and would return to the city in the evening hours, the idea being that devotees can reach back home within a day after paying obeisance at the Golden Temple.

Union minister for railways Pawan Kumar Bansal said, “There is a plan to run the special train from Chandigarh to Amritsar and we are working on it. It has been a long pending demand of the people which is why sincere work is being done in this regard.”

P K Sangi, divisional railways manager of Ambala division said, “Things are on paper as of now and we cannot give any date to start this train from Chandigarh to Amritsar. However, since it has been a long pending demand of the public and Union railway minister is making sincere efforts in this regard, the public will definitely get the train in the coming months.”

Presently, one train runs between Chandigarh and Amritsar, which was earlier named Chandigarh Amritsar Duronto and now is called the Chandigarh Amritsar Express. The Union railways minister had recently announced that the train will have stoppage at the Mohali railway station too, so that people of the district don’t have to come to Chandigarh and can catch the train from Mohali itself. The train links Chandigarh to Morinda and further to Amritsar via Sirhind, Ludhiana and Jalandhar.