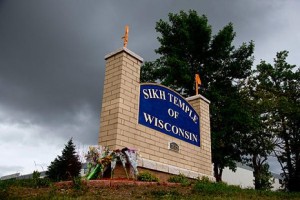 Inside the temple, pictures of the victims still hang. A bullet hole is there too, as a reminder of what happened.

Pardeep Keleka, whose father was killed in the temple attack, says in the months since the shooting he’s become more deeply involved in the community.

Remembering the tragedy, he said, serves an important purpose.

“I hope that everybody understands that just because we revisit something doesn’t mean that we want to relive it. But we owe it to those people that we’ve lost to them as inspiration as far as being a better society,” says Kaleka.

Oak Creek’s mayor says in the last six months, city’s schools have worked harder to teach students about other cultures.