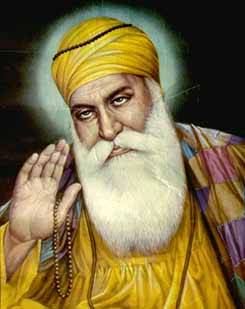 Allahabad,India:An American born Sikh has vowed to restore all the Sikh shrines in India and Nepal visited by Guru Nanak Dev Saheb to their pristine glory. Born in a Christian family in America, David, popularly known as Simran Singh Khalsa, after he turned Sikh, is mobilising funds since long for the restoration of Sikh shrines to their original form.

With beard and yellow turban on his head, he looks like any other devout Sikh. Adding to this is his affable nature which easily wins hearts. “That’s what I have learnt from my revered guru and Sikh religion,” says Simran Singh Khalsa who took to Sikhhism amid heavy protest by his family members 40 years back.

Presently in Allahabad at Shri Panchayati Akhada Naya Udaseen Nirvan camp in Kumbh Mela to make a documentary on Naya Udaseen Akhada, Singh feels that ancient Sikhs shrines are losing their past glory, be it in India or Nepal. Guru Nanak Dev Saheb lived in Nepal for one year to spread the light of Sikh religion there.

“These humble structures, which are related to our revered Guru Nanak Dev Saheb, are either being modernized or are lying in a neglected state. My mission is to restore them to their original form so that people may relate to them. There’s no charm in the modernized structures,” Singh adds.

According to this devout Sikh, inspired by the teachings of holy scripture of Sikh people, Guru Granth Saheb, many American converted to Sikhism. “I got motivated by my guru, Yogi Bajan, who taught me Kundalini Yoga. We have many ashrams of Kundalini Yoga in South America. Out of my five children, two are Sikhs. In fact, one of them is the principal of Miri Piri Academy in Amritsar,” adds Singh who divides his time between Nepal and California for the restoration work of shrines.

Singh says he’s very fascinated by the power of sacrifice and the sense of humility and sharing in Sikh religion. “Four years back, I started reading Shri Guru Granth Saheb. The teachings were so inspirational that I read this big scripture within 10 days. I read Guru Granth Saheb five times within a span of 50 days.” explained Singh who had come to Allahabad for the first time. 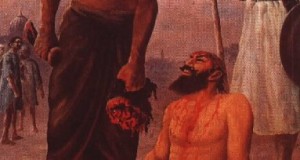