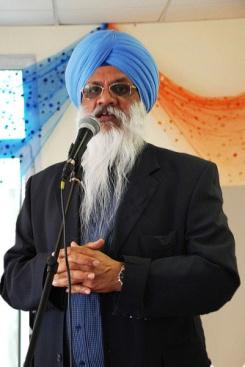 SIKHS Win Third Turban Case at the UN against France

Paris, France: The UN Human Rights Committee (UNHRC) concluded that France has violated the religious freedom of 57 year old Shingara Mann Singh when he was asked to remove his turban for his passport photograph. Shingara Singh, a French national since 1989, was unable to renew his passport in 2005 because the French authorities insisted that he remove his turban for his ID photograph, which he refused to do. The UNITED SIKHS legal team took up his case in French courts and then retained O’Melveny & Myers LLP to file a communication on behalf of Shingara Singh to the UNHRC in December 2008.

The UNHRC, in views dated September 26, 2013 and made public last week, said that France has failed to demonstrate that the restriction imposed on Shingara Singh is actually necessary. The Committee found that the restrictions result in a potential obstruction to his fundamental right to freedom of religion when he is required to appear in ID photos without the religious headwear he always wears, as he might thereafter be forced to take off his turban in public when going through ID checkpoints. The Committee also observed that France had not explained why the act of wearing a turban covering only the upper portion of an individual’s head and forehead (but leaving the face clearly visible) makes it more difficult to identify the wearer, or why a bare headed ID photograph in Shingara Singh’s case would make it easier to ascertain his identity or to prevent fraud or forgery given that he wears his turban at all times when in public.

“The Committee therefore must conclude that the regulations requiring him to appear in his passport photographs ‘with the head uncovered’ is a disproportionate restriction that poses a threat to the author’s [Shingara Singh’s] freedom of religion and thereby constitutes, in the present instance, a violation of Article 18 of the Covenant,” according to an unofficial English translation of the Committee’s Views. The Covenant was entered into force for France on 4 February 1981.

The UNHRC’s views were adopted at the 108th Session of the Committee’s sitting, and may be read in French here.

“This is the third Turban case that the UNITED SIKHS legal team has won at the UN since these cases were filed against France in 2008, which shows that the international community recognises that the wearing of turban by a Sikh is not only his/her religious duty but is a part of his/her identity. We have done our work to show that international law recognises the right to wear a turban in France. We now need to embark on a campaign to make France realise that it has to fulfil its obligations under international law to ensure that freedom of religion and belief is upheld for everyone in its country,” said Mejindarpal Kaur, UNITED SIKHS International Legal Director, who has been working on these cases since France banned the turban in state schools in 2004.

“I have been a French citizen for more than 20 years. I continue to be proud to be French but I fail to see how my country can be proud of its slogan of Liberty, Equality and Fraternity if it cannot uphold its citizens’ fundamental right to religious freedom. I hope that the UNHRC’s decision will wake France up to its international obligations,” said Shingara Singh, who is struggling to conduct his life in France without an identity document. His driver’s licence card too had been refused because of his refusal to bare his head for the ID photograph.

UNITED SIKHS needs your financial support to serve the community. Help us say ‘yes’ to every request for help by donating at www.unitedsikhs.org/donate