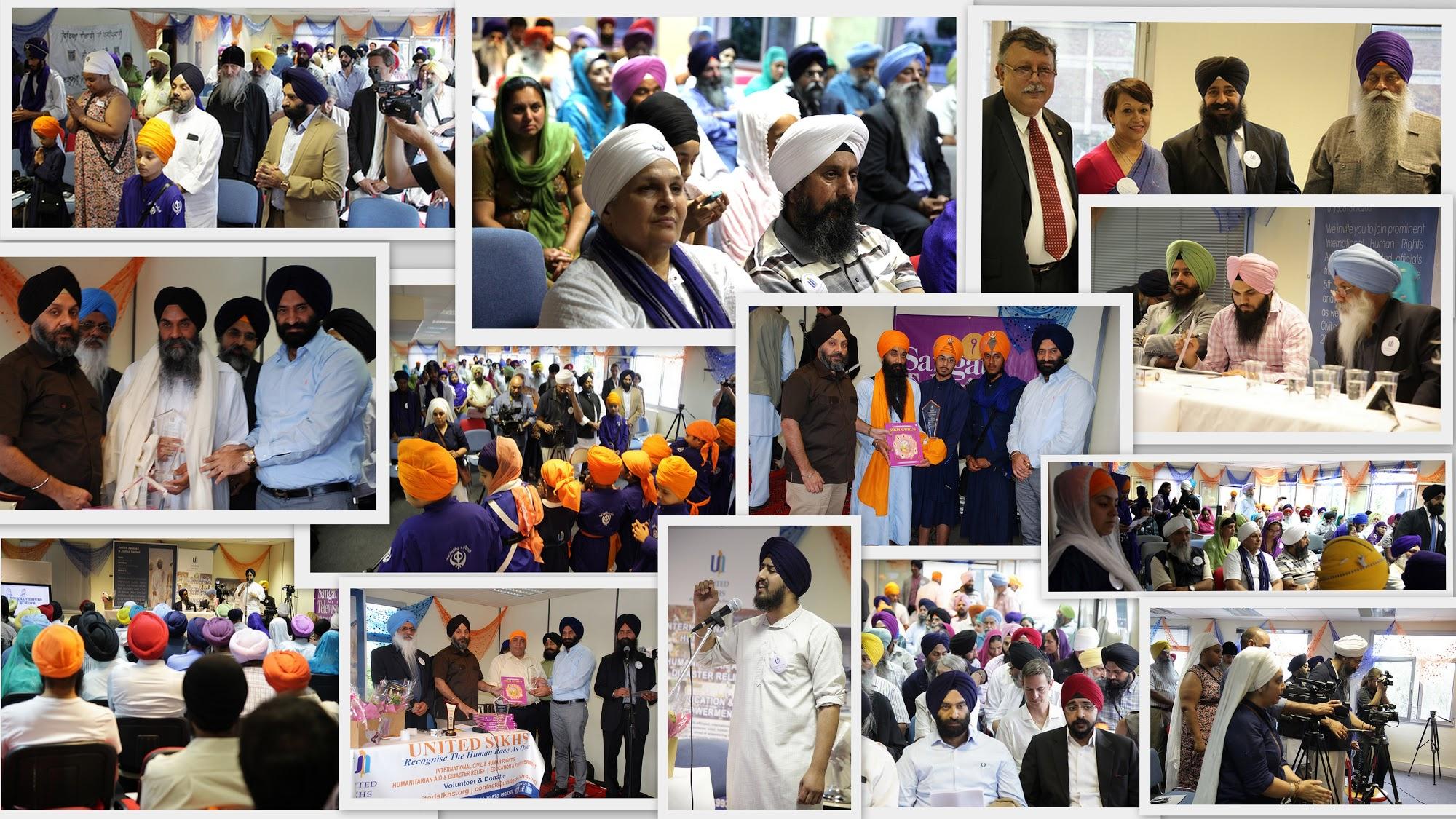 Bobigny, Paris: “Justice Delayed is Justice Denied”, the theme of our 5th Global Sikh Civil and Human Rights Conference was based upon the landmark decision of the United Nations Human Rights Council (UNHRC) in 76 year old French resident Ranjit Singh’s turban case. Sikhs from all of the world congregated in France over the weekend to attend the conference. Topics discussed included: Turban Ban in Europe, 1984 Pogroms, Death Penalty and Preserving Sikh Heritage.

This annual conference which serves as a platform to unite the global Sikh community ended with a common emotion that a Global Sikh Alliance be formed and there is a need for Global Sikh Assembly every year.

The prominent issue of the turban for the European Sikhs continues as yet another incident was reported. Manjit Singh GK, President, Delhi Sikh Gurdwara Management Committee (DSGMC), was requested to remove his “hat” by security officers at Rome’s airport just a week ago. “I stated it is not a ‘hat’, it is an integral part of being a Sikh,” Singh proclaimed as he summarized the details on this deplorable incident. “UNITED SIKHS informed me that on the 25th of February 2013, a UN Resolution was passed that you cannot check a turban by taking it off.”

UNITED SIKHS’ Right to Turban Campaign encourages all Sikhs to continue to educate the French consulates around the globe to reverse the turban ban in France by having foreign relations committees from other countries to initiate a dialogue with the French Government. Sikh delegations should visit French Government dignitaries in their countries to express their concerns, as well as request DSGMC to setup a meeting with the Akaal Takth Jathedar and the Pope to address Sikh identity issues in Europe.

“The Sikh identity has to be defended like a nation defends its borders – with vigour and resources. UNITED SIKHS has set up a special Fund called “INSAAF” (International Sikh Advocacy and Awareness Fund). We ask every Sikh who receives this message to donate their dasvandh (tithe) to this Fund,” said UNITED SIKHS International Legal Director, Mejindarpal Kaur in her video statement from Sangat TV’s London studios.

At the conclusion of this year’s conference, collaboratively, delegates have determined that Sikh issues need to be resolved locally with assistance from experts from Sikh communities around the world. “The Conference declared that a Global Sikh Alliance should be formed and that there is a need to have a Global Sikh Assembly every year, based on the concept of “Guru Granth, Guru Panth” and the tradition of ” Sarbat Khalsa”, said Sukhvinder Singh Padda, representing the Sikh Council UK and also a Senior Advisor to the Sikh Federation UK. He added, “It was great to see the President and General Secretary of the DSGMC present and their inclusion in the Global Sikh Alliance. The SCUK is committed to making the Global Sikh Alliance a success.”

Kiranjot Kaur, a senior Shiromani Gurdwara Parbandhak Committee (SGPC) member and former General Secretary addressed the conference saying, “The SGPC, Amritsar, is highly committed to protecting Sikh Heritage in India. The SGPC is considering providing skills and technology to KAR SEWA teams, so that their seva at historic sites would ensure that our history is conserved and preserved.”

Manwinder Singh, Legal Director of UNITED SIKHS-USA, said “There is a need for greater communication and networking between Sikh Organizations and Institutions that are working on issues affecting Sikhs globally, The Global Sikh Alliance will not only make best use of resources collectively, but also utilise and harness the great diverse skills bank we have within the Panth. It will be an opportunity to share our success and meet challenges together.”

The following organizations have agreed to take action in the creation of the Global Sikh Assembly (in alphabetical order): American Gurdwara Prabhandak Committee, Dastaar Action Committee (France), Delhi Sikh Gurdwara Management Committee (DSGMC), Sikh Council (UK), and the UNITED SIKHS’ and is open to other Sikh organizations to in.

Previous: Amritsar Treaty goes under hammer in UK for Â£ 3,400
Next: More than 23,000 trees to be axed for four-laning of Ropar-phagwara highway