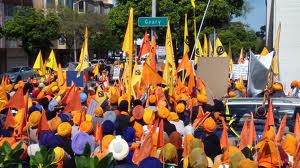 Sikhs troop in from France to protest at Hollande meet

Chandigarh: Gurdial Singh, Iqbal Bhatti, Gurinder Singh Mann, Narinder Singh and Sher Singh are on a mission. These French citizens, “humiliated” for wearing turbans, have come to India to raise a voice of protest during President Francois Hollande’s visit on Thursday.

They will sport black armbands and join other protesting Sikhs outside Teen Murti Bhavan in Delhi, where Hollande is scheduled to deliver a lecture.

Their visit has provided an impetus to protests from the Sikh community rankled by the ban on turbans in schools in France. While the French government maintains that the ban is limited to schools, these Sikhs from France say they were forced remove their turbans publicly.

Fifty-six-year-old Gurdial Singh runs a construction business in Paris. He was caught by a traffic policeman for wrong parking in October last year. “They told me to remove my turban or my vehicle would be compounded and I would be put behind bars,” recalled Singh. Gurdial had to remove the turban as the photo on his driving license was without a turban.

In another case 57-year-old Iqbal Bhatti, a grocery store owner in Paris, was refused medical treatment at a government hospital after his ID card did not show him in a turban and his hair and beard had turned grey.

United Sikhs, a global body espousing the cause of Sikhs, is now demanding that the French government allow biometric cards which only require facial recognition and no turban.

“It is important to stress that the European Union, of which France is a founding member, sets minimum standard for its common border security policy. The standards set by EU does not say that a passport photo should display a bare head. No member state other than France requires that the head be uncovered for passport photographs,” said Gurpreet Singh of United Sikhs.

A letter addressed to Hollande with demand for bio-metric IDs, was routed through Union minister of state for external affairs Preneet Kaur on Monday.

Gurpreet Singh says there have been isolated cases when state banks in France have refused to open accounts for Sikhs, citing identity mismatch in government documents.

“For two years, I had to pay a hefty amount of 24000 Euros, nearly Rs 14 lakh, as interest as I took a loan from a private bank when we opened our automobile store,” said Mann.

Previous: Sehajdhari (Patit) Sikh Party demands separate button for rejection in EVM’s
Next: Proud To Be A Sikh based on true life incidents 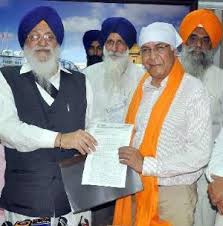 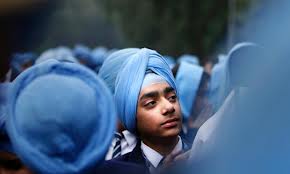 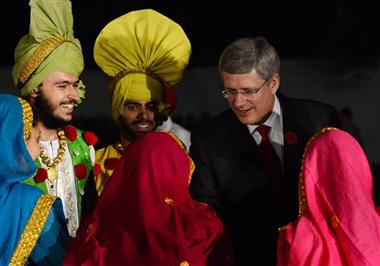