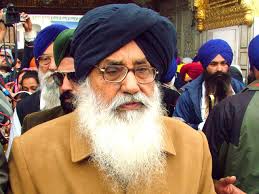 Sikhs for Justice offer $10,000 for anyone who can serve lawsuit on Indian official

Comments Off on Sikhs for Justice offer $10,000 for anyone who can serve lawsuit on Indian official 355 Views

Milwaukee, Wisconsin: A Sikh human rights group whose effort to sue an Indian official who visited Milwaukee last year was derailed when a judge ruled the lawsuit was served on the wrong person is trying again.

Sikhs for Justice’s 2012 suit was dismissed after prolonged litigation over whether the chief minister of Punjab state had been served or not while in Oak Creek at a forum after the Sikh temple shooting. The group vowed to press on, claiming the dismissal was the result of witness tampering and obstruction of justice.

The group has refiled its claim of human rights violations by Parkash Singh Badal, and added his son Sukhbir Singh Badal, the Punjab home minister, as a defendant. The suit, filed under the Torture Victim Protection and Alien Tort laws, which grants jurisdiction in U.S. courts. contends Badal oversaw torture and murder of Sikhs in India, where the religious minority has been the subject of persecution by the Hindu majority.

Gurpatwant S. Pannun, legal adviser to Sikhs for Justice, said the group has offered a $10,000 bonus to whichever of three professional process service firms can successfully serve Badal and his son the new summons and complaint.

He said the pair are expected in the Milwaukee area next week to attend the wedding of the son of Mequon businessman and philanthropist Darshan Daliwal.

The elder Badal had planned a trip to the area last year to attend Daliwal’s daughter’s wedding. Two days before Badal arrived, a gunman attacked the Sikh temple in Oak Creek, killing six people and then himself. Badal, whose region is home to thousands of Sikhs, found himself thrust into the news as he met with survivors and spoke to area reporters.

That’s when two brothers from a West Allis process service firm said they served the lawsuit. But U.S. State Department agents who were providing diplomatic security for Badal said he was shopping for gifts at the time, and an Illinois man later testified that he had been handed some papers by on the day in question.

Pannun said the West Allis firm was not one of the three firms hired this time.