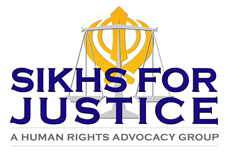 New York, US: After Punjab government banned the Punjabi movie “Sadda Haq” which has generated a lot of controversy, rights group Sikhs for Justice (SFJ) has said that it would not only promote the movie but would also sponsor a movie on similar lines in English for world wide release.

“In the past SFJ and All India Sikh Students Federation prepared a few documentaries on 1984 massacre of Sikhs in Delhi and the next movie would be more comprehensive to have documentation of systematic and organized killing of Sikhs, use of “Black cats” to kill and defame, and will have human rights violations as its theme, said SFJ legal advisor Gurpatwant Singh Pannun.

He revealed that they were already campaigning with people to watch ‘Sadda Haq’ and the group also participated in radio and TV talk shows, etc to oppose the ban and to promote the movie.

It may be mentioned here that after the controversy generated by the ban, there are expectations that the film would find more craze abroad among the Punjabis diaspora.

“The ban on the movie is imposed on the grounds of creating “communal disharmony”, but
actually the movie is a perfect example of “communal harmony” between the communities as the producer is a Sikh while the director and financer is a Hindu.

“The ban on the movie also reflected double standards of Shiromani Akali Dal and its leader Parkash Singh Badal as SAD controlled SGPC supported the movie but the government banned it,” he said. “If SAD (Badal) would not have been in power today then its activists would have been holding a statewide protest for the release of the movie,” added Pannun.

“CM Badal has a history of supporting only such Sikh issues that collide with the Central government in order to show that government is following anti-Sikh policies and to gain the Sikh votes in the state of Punjab.

2013-04-12
SSNews
Previous: Manjinder Singh Sirsa Views on Sadda Haq
Next: Kirpan to be accommodated at BC Courthouses