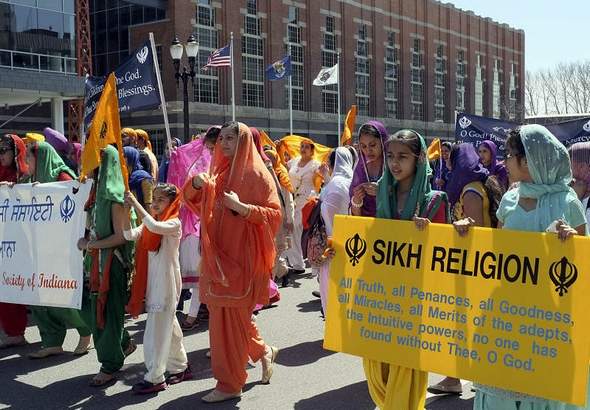 Sikhs come together in Lansing to celebrate culture

A bit of Indian culture descended on Adado Riverfront Park on Saturday in Lansing during the annual Sikh Day Parade and celebration.

The day’s sunshine accentuated the bright colors of the robes and ethnic garbs worn by the hundreds of Sikhs who attended the celebration from across Michigan and surrounding states.

The day’s celebration began in earnest with a parade through part of downtown Lansing, following by free servings of ethnic Indian dishes such as pakoras and samosas and chum chums.

That free food was meant to honor the Sikh temple practice of serving free meals to all visitors, regardless of background.The festival was organized by Lansing’s Sikh community, most of whom arrived in the city about 15 years ago. Most Sikhs have their roots in the Punjab region of India.