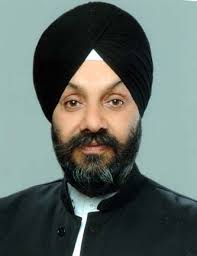 Of the nine Sikh MLAs, two are sitting members of the DSGMC, one sitting councillor, two of the Congress, one BJP and three contested on the tickets of the Aam Aadmi Party (AAP).

Manjinder Singh Sirsa, general-secretary in the DSGMC, won the Rajouri Garden seat with comfortable margin. Harmit Singh Kalka, who won the Kalkaji seat, was also member of the DSGMC. He defeated Congress stalwart Subhash Chopra. The third one is Jatinder Singh Shanty, sitting councillor of SAD-BJP alliance who defeated senior Congress candidate Narendra Nath, former chairman of the Trans-Yamuna Development Board, from Shahdra.

And three others are Jarnail Singh, Jagdeep Singh, Manindar Singh Dheer of AAP candidates who won the election from Tilak Nagar, Hari Nagar and Jangpura, respectively.

Manjit said that in the history of Delhi first time such a large number of Sikh MLAs have won the assembly elections. In the previous elections, only five Sikh MLAs had won the seats. Of them only two – Parlad Singh and Lovely – have retained their seats. 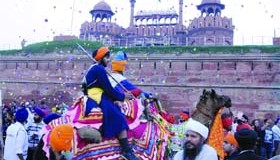