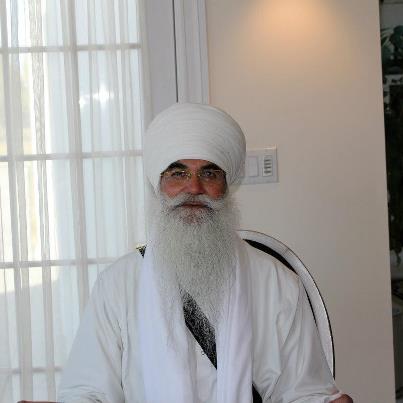 Millwaukee, USA: Day after day, Raghuvinder and Jaspreet Singh hovered by their nearly comatose father and repeated a single word—a word their dad probably spoke more than any other in his lifetime: “Waheguru.”

The Punjabi word is a term Sikhs use to refer to God. Roughly translated, it describes the wondrous expression of God’s presence. For 65-year-old Punjab Singh, an internationally known Sikh priest who hasn’t spoken and barely has moved since a white supremacist shot him in the head last summer, the word meant everything.

Doctors had cautioned Singh’s prognosis was grim. But his sons were convinced prayer, love and constant companionship would help their father heal. So they remained by his bedside 24 hours a day at a long-term care facility in Wisconsin, alternating shifts and sleeping in a bed next to his.

Every day they repeated the word “waheguru” (pronounced VAH’-hay-goo-roo) and watched for a response. For weeks there was nothing. Then on Jan. 9 he began to move his mouth, apparently trying several times to say the word. The next day he tried 30 times.

In coming days, his sons spoke the word more than 100 times. Each time he moved his mouth to match the rhythm of their syllables, in what his speech therapist said appeared to be attempted repetition. He couldn’t vocalize because of a tube in his throat, and couldn’t move his lips deftly enough to lip-synch, but it was clear to Raghuvinder and Jaspreet what their father was trying to

say.
“It was a happy moment for our family,” Raghuvinder Singh said, beaming.

Punjab Singh was wounded Aug. 5 when a gunman opened fire at the Sikh Temple of Wisconsin in the Milwaukee suburb of Oak Creek. Six Sikh worshippers were killed and three other people were injured. The motive of the gunman, who killed himself, is unknown.

Of those wounded, Punjab Singh suffered the most severe injuries. A single bullet to his face damaged brain tissue, blood vessels and the brain stem. He remained in a coma for two months, and a pair of strokes nearly paralyzed his left side.

Improvement has been marginal, but unusual enough for a patient in his condition that his doctor calls the progress remarkable. After five months, Singh can move his eyes to track movement on either side of him, he tries to mouth words and he seems genuinely aware of his surroundings.

However, Singh’s best-case scenario remains limited. He’ll most likely never walk, and while awareness may improve, communication likely will consist of deliberate eye blinks, simple gestures and perhaps whispered words. As long as he stays stable, there is a chance for more improvement, according to his doctor.

The doctor spoke about Singh’s condition with permission from his family, who asked that the hospital and its staff not be identified. The Singhs worry that if Punjab Singh’s location is revealed, either explicitly or indirectly by mention of his doctors, well-meaning Sikhs will flock to his bedside to pray for a priest known across the globe.

Punjab Singh began preaching as a soldier in the Indian Army. Friends say he could simplify even the most complex philosophical concepts, and he became so popular that after retiring from the Army he was asked to preach across India, as well as in the U.S., Canada and England.

Nearly half a year after the Wisconsin shooting, well-wishers still travel daily to the family’s home in India and ask to come in and pray for Singh, his son said. Raghuvinder Singh said he gets calls at all hours from his father’s followers asking for updates and conveying prayers. The family worries similar traffic to his bedside or calls to the facility treating him could hinder his recovery.

“A lot of people are praying for him in their homes and temples,” Raghuvinder Singh said. “We want to thank them and ask them to please continue offering prayers there.”

Punjab Singh sat propped up in a chair under several blankets when an Associated Press reporter visited this week. He breathed on his own but had a tracheostomy tube in his throat and was fed through a tube.

His wife, Kulwant Kaur, woke him by gently squeezing his hand and asking him in Hindi, “Are you OK?” He opened his eyes slowly and squeezed them shut in what appeared to be a deliberate blink. He moved his right arm slightly and turned his neck, representing the extent of his physical abilities.

It happened again this week, when his wife spoke about his grandchildren in India.

“Whenever he heard the name of his grandson it was like a light bulb went on,” he said. “She was talking about what grade he was in, and he began smiling again.”

Singh’s speech therapist, who also asked not to be identified at the family’s request, believes there is intent behind the minute twitches and eye movements. The therapist describes Punjab Singh looking on as the therapist talks in English, then looking to his son for the Hindi translation before looking back to the therapist.

And when Punjab Singh’s two daughters visited him from India, he had tears in his eyes, his son said.

Raghuvinder and Jaspreet Singh, who have been away from their own families in India since the attack on their father, aren’t sure what’s next. They can’t work in the U.S. because of visa issues, and they worry that if they return to India they may not get visas to come back. They support themselves with help from relatives, and eat meals at the Sikh temple.

Each day when he returns to the temple, Raghuvinder walks into the bedroom where his father tried to barricade himself before the gunman broke in and fired. He runs his eyes across the fresh plaster where bullet holes were repaired, and he looks at the spot where his father fell.

“That reminds me always about what happened that day,” he said. “It reminds me to always think of forgiveness, of oneness.”

Sikhism teaches peace and forgiveness, and the entire family embraces that message and a faith summed up in one word.

“In his whole life he has chanted, ‘waheguru,'” Raghuvinder Singh said. “If he’s sleeping and he opens his eyes it’s the first thing he’ll say.”

It’s also a word they hope Sikhs worldwide continue saying for Punjab Singh. His wife had only one comment for those who cared about her husband.