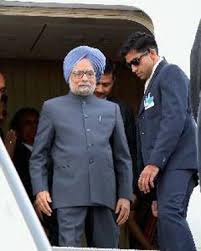 Jalandhar, Punjab: Less than 20 days after securing summons from a US court against Congress president Sonia Gandhi for protecting perpetrators of the 1984 massacre of Sikhs, New York-based rights group Sikhs For Justice has now secured summons from a federal court in Washington DC against Prime Minister Manmohan Singh for his alleged role in sanctioning big amounts as cash rewards for Punjab cops involved in the counter-insurgency operations the early 90s, as well as protecting those involved in the 1984 Sikhs massacre.

The rights violation case “SFJ v. Manmohan Singh” has been assigned to US District Judge, James E. Boasberg. The plaintiffs have 120 days to serve the summons and complaint to the PM who will be in Washington this week to meet US President Obama.

SFJ’s legal advisor Gurpatwant Singh Pannun has revealed that because it will be very difficult to serve summons on the PM through the regular process given the tight security around him since he will be attending a summit with US President Obama at the White House, an emergency motion will be filed with the Washington Federal Court for leave “to effect alternative means of service” by allowing the rights group to deliver the summons to White House staff and members of the Prime Minister’s security detail while he is here.

The plaintiffs in the class action human rights violation law suit against PM Manmohan Singh are seeking compensatory and punitive damages for the torture and extra-judicial killings at the hands of the security forces. Under ATCA and TVPA, the US federal courts have jurisdiction over cases of human rights violations even though violations have occurred on foreign soil as in this case.

The September 25th complaint filed before Washington DC District Court alleges that Manmohan Singh’s culpability in the crimes of torture and extra-judicial killings of Sikhs started in 1991 when he became finance minister.

Manmohan Singh approved and financed, as head of the finance ministry, the infamous practice of “cash rewards” to members of security forces for killing Sikhs through extra-judicial means often in “staged and fake encounters” to curb the Sikh rights’ movement in Punjab, the complaint further alleges.

The 24 page complaint alleges that during his tenure as PM (2004-present), Manmohan Singh has actively shielded and protected the members of his political party who were involved in organizing and carrying out genocidal attacks on the Sikh population in November 1984 resulting in the death of more than 30, 000 members of the community.

Ravi Batra, the New York-based attorney who represents the Congress Party in a similar case filed against it by the SFJ, termed it as a publicity gimmicks.

“SFJ’s ‘red carpet’ welcome, a lawsuit against Prime Minister Manmohan Singh, the leader of a free, independent and sovereign nation, is headline grabbing while insulting law, decency and common sense,” Batra said, according to PTI.

Sikh groups are also holding a “Justice Rally” on September 27 in front of the White House during the Obama-Singh meeting. The rally is supported by Sikh organizations and management committees of gurdwaras across the United States and Canada.

Previous: Takht chief wants PM to take up issue with Obama
Next: Sikh Man Tormented by Mississippi DOT Officers and County Judge- Will Justice Be Served?