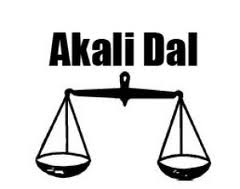 Sikh politics to fore in Delhi, Cong, BJP in a spot

Comments Off on Sikh politics to fore in Delhi, Cong, BJP in a spot 453 Views

New Delhi: The Delhi Sikh Gurdwara Management Committee (DSGMC)’s announcement of a memorial dedicated to victims of the 1984 Sikh genocide this month seems to have put the ruling Congress and the opposition BJP on the backfoot in Delhi.

As the Sheila Dikshit government grapples with factoring in the Sikh electorate just months before the Assembly elections in November, the BJP has hard choices with the Shiromani Akali Dal demanding a larger share of the seats in Delhi.

The Akali Dal (Badal) wrested control of the DSGMC from the Congress-backed Akali Dal (Delhi) in January elections. Since the victory, the Badal group has announced a slew of measures for the Sikh community in Delhi — who number close to 11 lakh — including the memorial. The move has forced to Congress to announce sops for the community as well, starting with its state government paying off a Rs 6 crore electricity bill of a 1984 relief camp.

Traditionally, the BJP has given the Akali Dal four constituencies — albeit on a BJP symbol — in Delhi as per a seat-sharing agreement. Senior BJP leaders also point out that since 1998, the latter has not managed to win a single seat in Delhi. But the DSGMC win and support from the community since have emboldened the Akali Dal (Badal), which now wants at least 16 seats in Delhi, to contest on its own symbol.

Incidentally, the Akali Dal also wants a change in constituencies, claiming seats given earlier didn’t have a substantial Sikh base. A senior BJP leader admitted that the Akali Dal has now demanded tickets on seats considered BJP bastions in Delhi. “They wants tickets from seats where BJP MLAs have been winning for 20 years now. This is not possible and we will have to work out a more amicable solution,” he said.