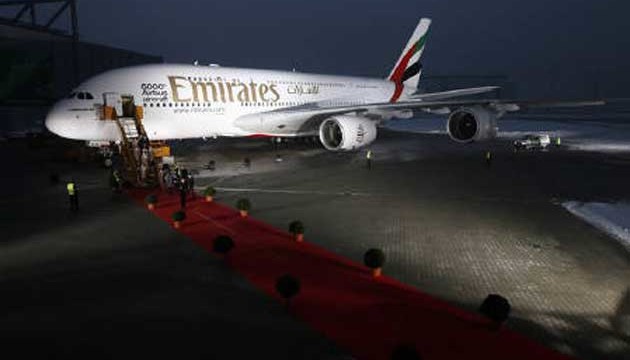 Comments Off on Sikh pilot faces discrimination by Emirates 438 Views

New Delhi, India: A pilot has alleged discrimination by the Gulf-based Emirates Airlines, saying that after being shortlisted for an interview he was turned down only because he wears a turban. CNN-IBN has accessed the email exchange between the airline and the pilot. He has been a pilot for almost nine years now, flying more than 5,500 hours both nationally and internationally. But after being shortlisted for an interview with gulf-based Emirates airlines, he didn’t get the job because he is a turbaned Sikh. “I got to know from my friends that there is a bias against turbaned Sikhs and I laughed that such a big company would never do that. In the subsequent mails I sent, it was a shocker for me. I was told I need not come as there is a rule being followed and they are not making any changes,” he said.

To clear any doubts, he emailed a photograph to Emirates. The response was quick. Barely a week before the final round, he was told that since the hat is a mandatory part of the uniform, he had been disqualified. “If they have any policy against turbaned Sikhs they should come forward and it should be mentioned that turbaned Sikhs should not apply. I applied, I got a call, was about to leave and just for my satisfaction wanted to know if there was a certain bias and to my shock got to know that there was a bias that is currently going on. It is uncalled for, unheard of. If you do fulfill the requirements, you should be taken on merit rather than on your religious belief or the way you look,” the pilot said. Despite repeated attempts for an official response, Emirates chose to stay away from this controversial topic. Turbaned Sikh pilots are flying aircraft across the world. And considering the turban is an integral part of their culture, several airlines have an exception to their uniform rules. But the emails, a copy of which is available with CNN-IBN clearly indicate how the existing uniform code of Emirates ensures that an entire community is literally banned from working with one of the world’s largest airlines.