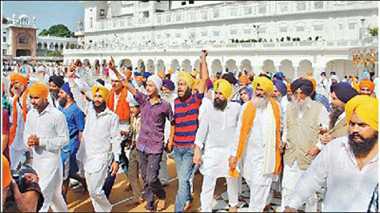 Be known on Saturday on the first floor of Sri Akal Takht Sahib ceremony monolithic cast enjoyment of the text. Bhai Satnam Singh’s five in five lovelies function was proposed. The name of former Chief Minister Beant Singh was opposed to issuing tickets. Dilawar’s picture Sikh museum in central Sri Akal Takht Sahib, and by seeking to impose Qaumi Shaheed Bhai Dilawar Singh, despite being declared not in line with other martyrs celebrated on the anniversary celebration was resentfully. Beant Singh’s assassins at the event with the status of political prisoners were released, and the sentence immediately Sikhs have been demanding to be released from jail.

Previous: British Sikhs to oppose any Modi visit to UK
Next: Blessings for new Sikh site in Live Oak 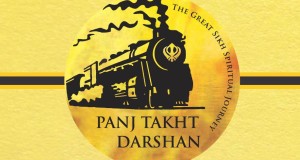