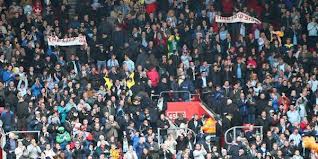 Sikh man on trial after protest at Coventry community centre

UK: A Sikh man has gone on trial accused of being involved in a protest to halt celebrations of India’s independence at a Coventry community centre.

Jasvinder Singh Ubhi appeared at Coventry Magistrates Court yesterday in connection with a protest staged by about 50 members of the Satkaar group.

They were protesting against what they claimed was the serving of meat and alcohol at Ramgharia Family Centre, in Foleshill Road.

Ubhi, aged 54, of Heywood Close, Courthouse Green, Coventry, denies trespass.The prosecution claims that Ubhi was one of 50 people who gatecrashed the private party in a bid to force organisers to abandon the celebrations on Saturday August 18 last year.

The court heard how some members of the group wore balaclavas and barricaded the doors with tables and chairs to prevent other guests from entering the property.

The Telegraph reported at the time how Indian and Union flags were ripped off the walls and stolen.

No one was injured, but Councillor Ram Lakha, who organised the event, told the court he was badly shaken by the experience. He claims serious threats were made against him on Facebook following the incident.

Opening the case for the prosecution, Jagdeep Sekhon said Ubhi was not invited but entered the premises along with 50 other people, some of whom made serious threats.

2013-01-05
Guest Writer
Previous: She would sell most of her jewelry to educate us
Next: Delhi Sikh Gurdwara Management Committee celebrates the Gurpurab defying the Akal Takht directives